DAVID Cameron and Donald Trump have learned mutual respect after being stranded together in a remote wilderness.

The politicians were on a chartered plane that crashed in the Rocky Mountains, leaving them with no choice but to cooperate in finding food, shelter and fending off attacks from a rogue bear known as ‘One Eye’.

Trump thought the prime minister was a pathetic English fop until he caught a salmon with a makeshift spear, after which the American’s attitude softened enough for him to share some berries that he had gathered.

Rescue helicopter pilot Julian Cook said: “While fleeing from the bear, Trump pulled Cameron up a tree at the last minute. Then they reluctantly had to huddle together for warmth during the night.

“Trekking back to a potential rescue zone, they showed each other pictures of their wives which was an excellent male bonding moment even if they both agreed Melania is hotter than Samantha.

“When they parted Trump said ‘You did okay, kid’ and Cameron replied ‘You didn’t do so badly yourself’.”

He added: “They’re still both pricks though.” 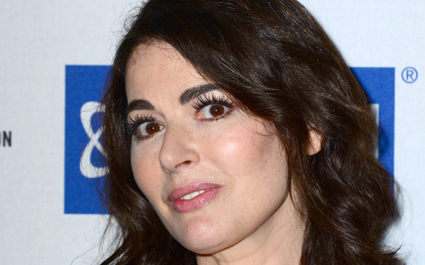 THE UK is celebrating in the streets after the BBC’s evil reign over internet recipes has been ended.

Millions streamed from their homes to burn printouts of recipes for souvlakia with tzatziki, salmon coulibiac and slow roast leg of lamb as a hated regime was finally toppled.

Retired headmistress Margaret Gerving said: “Ever since the 1990s, when the BBC first started providing recipes, we have slaved under their cruel yoke.

“Now, at last, the sun shines on the dark dungeon of BBC Food Online. But we must dedicate our lives to ensuring this never happens again.”

Culture secretary John Whittingdale  said: “I knew it was close to impossible; just one man, the entire press and a wealth of regulatory powers against the might of a subsection of a website.

“But somehow, against the odds, we triumphed and ensured an extraordinary victory for free market forces. Best of all, this will save the licence payer £120 a year.

“Not individually. In total.”