Cameron To Campaign For Sex With Goats

The Conservative Party will fight the next election promising to reintroduce the public strangling of traffic wardens and the legalisation of environmentally-friendly goat sex.

Party leader David Cameron said the policies, chosen by the public as part of the Conservative's "Stand Up, Speak Up" manifesto project, reflected the values of middle England in the 21st century.

Other measures will include reform of the "outdated and catch-all" laws of perjury to allow senior members of the Tory party to lie in court.

There will also be indefinite detention and hard labour without trial for anyone who does not look "quite right".

The Tory leader said: "If people want to speak up for the right to lie down and have sex with goats, who am I to argue?"

However, Mr Cameron did rule out the legalisation of same-sex or underage goat intercourse. "We are the party of the family," he said. "We'll leave perversion to the Lib Dems." 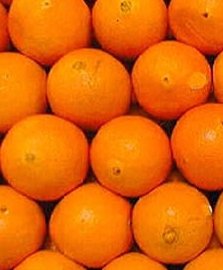 VITAMIN C has been relegated from the premier league of nutritional compounds after another scathing attack on its performance.

New research shows that the vitamin, found in citrus fruit, crisps and Bailey's Irish Cream, offers no protection against common ailments such as colds, sniffles, flu, chestiness and demonic possession.

It's the latest blow for the traditional alphabetic vitamins which have toyed with the affections of mankind for over a century.

Last year vitamin B was struck off the vitamin register after attempting to bribe scientists at Cambrige University and vitamin A has seen its market position weaken after it was bought by a private equity firm.

Meanwhile an increasing number of consumers are turning to a new generation of compounds and supplements developed by the the world's biggest brands including Vitamin Coke, Vitamin Beyonce and Vitamin Playstation 3.

"I'm still a big fan of Vitamins E and K. I'm managing to hold on to most of my hair and the 'old chap' can still do the business at least twice a week."

He added: "I'm not saying you shouldn't eat vitamin C. I'm just saying that if you do, you'll probably die."