DAVID Cameron took part in ‘dirty’ rituals involving the brain and mouth of a live billionaire, it has emerged.

According to a book, the prime minister would stand in front of Lord Ashcroft and listen to the billionaire describe all the ‘deliciously sordid’ ways he manages to avoid paying tax.

A source said: “It’s an initiation ceremony for anyone who wants to be leader of the Conservative Party.

“The billionaire’s head is on top of his body which is then placed carefully on a large leather sofa.

“The ‘candidate’ has to nod vigorously while the billionaire sets out his complex tax arrangements before offering £8 million on the condition that ‘all you have to do is be nice to me’.

“The whole thing is absolutely manky and I’m not surprised he’s denying it.”

Man discovers he is not qualified for unskilled labour 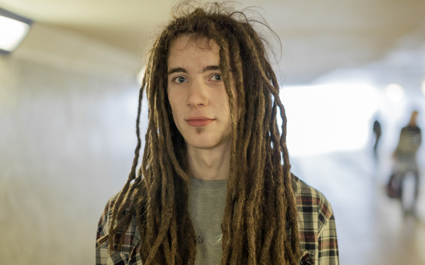 A 25-YEAR-OLD man was applying for a job as ‘unskilled labourer’ when he realised he did not meet the criteria.

Unemployed Tom Booker said: “I’ve never operated a wheelbarrow before, and even if I pick that up straight away I am not very strong.

“And I wouldn’t be overly keen on moving any pieces of wood that have nails in them because, well, who wants to get jabbed with a rusty nail.

“I could make the tea for them if they wanted. But I’m not really a tea drinker myself though so I’d probably have to google the best way of making it before I made them any.

“I’ve got a film studies degree but that’s not really going to help anyone with anything.”

Booker has since started googling ‘sub-unskilled work’ and ‘non-jobs’.

He added: “It’s no big deal. The zombie script I’m working on is bound to get picked up by a film company pretty soon, so then I’ll be sorted.”