JEREMY Corbyn was instrumental in the creation of Scrappy-Doo, it has been claimed.

Labour leadership rivals claim to have footage of Corbyn in the Hannah-Barbera studio personally voicing the character’s “Lemme at ‘em,” catchphrase and insisting that children would love it.

A spokesman for Andy Burnham said: “The footage shows Corbyn sketching the character and demanding a 15 per cent gross royalty on all ‘Puppy Power’ merchandise.

“Scrappy-Doo is apparently closely based on himself and how he would run the party, with senior Labour politicians standing around being useless, like a bunch of Freds.”

An angry Corbyn said the allegations were a distraction from the issues and insisted Scrappy-Doo was ahead of its time.

Resolution of Minaj-Swift crisis beamed to Keplar 452b 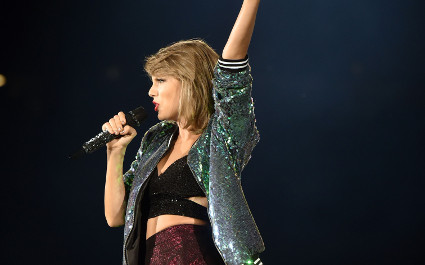 EARTH-like planet Keplar 452b is being urgently beamed news that the feud between Nicki Minaj and Taylor Swift has been settled.

The world, which may have an atmosphere and oceans on which life could survive, is assumed to be in turmoil after the spat between the pair highlighted difficult racial issues underlying US society.

Professor Helen Archer said: “Kepler 452b is older, larger and hotter than Earth, and likely home to an advanced civilisation unprepared for the news that Taylor has once again made it all about her.

“A raging Twitterstorm headed toward them, coupled with some fire selfies, may have provoked an interstellar war which we could only lose.

“Thank God Taylor carefully read the thousands of feminist thinkpieces and apologised. Now they will know Earth is a wonderful place.”