He said: “To say that Diana was a princess of the proletariat is an oxymoron and implies that she enjoyed their company, which was emphatically not the case.

Corbyn will amend Labour’s official position on Princess Diana to ‘a privileged, upper class woman who was liked by some people’.

He also pledged to offer formal apologies for ‘Cool Britannia’ and that time Tony Blair played football with Kevin Keegan.

Part-time smoker's attempt at roll up an ‘abomination’ 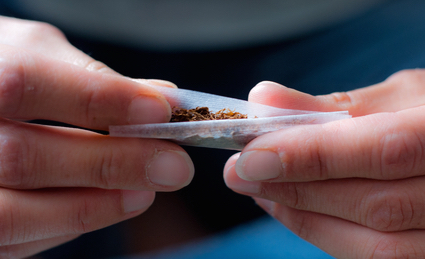 A SOCIAL smoker’s attempt at making a rolled up cigarette has been classed an ‘abomination’ by all who saw it.

Stephen Malley, who only smokes when he drinks or when someone else is paying for them, asked his friend, Emma Bradford, if he could make his own roll up this time as he ‘felt he was ready for it’.

Bradford said: “He absolutely was not.”

She added: “It looked as if he had been trying to eat it.”

Mutual friend Tom Logan said: “It was as if a builder had fallen off some scaffolding without wearing a safety helmet and the first thing he did was try to make a roll up.”

Malley said, ‘I don’t care, I’m the only one smoking it’ as the abomination fell apart in his hand.