Crossrail net closing in on Boris

THE London Crossrail project could soon uncover the pit Boris Johnson uses to dispose of his enemies, it has been claimed.

As Crossrail excavators found yet another ancient mass grave, insiders said the mayor will be sweating very badly at the moment.

A source said: “Since he was at Eton Boris has been identifying anyone who might one day thwart his ambitions.

“He would invite them out for dinner and have one of his henchman collect them in a fancy car. The victim would sit in the front seat and then a second henchman in the back seat would strangle them, Godfather-style.

“The body would then be taken to the pit in central London and Boris would spread a rumour that the victim had been exposed as having working class parents, changed their name and moved to the North.”

According to insiders, Johnson will try to move the bodies before they are found by the Crossrail team by creating a diversion such as pointless roadworks, a ‘chemical incident’ or a burst water main which floods dozens of houses in Herne Hill.

The source added: “If you look at that photo of the Bullingdon Club at Oxford, at least seven of them have ‘disappeared’. He never saw David Cameron as a serious rival. But then again, why would you?

“Anyway, Cameron is probably too high profile to go the way of the others, though if I was him I wouldn’t sit in the front seat of a car anytime soon.

“You have to understand that Boris is completely insane.” 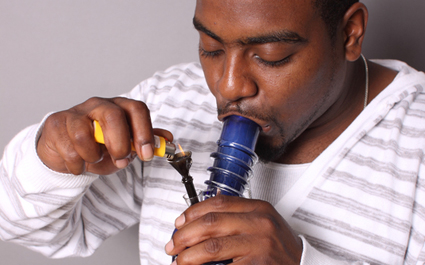 NON-SMOKERS have been advised to like it or fuck off after complaining about smoking in pub beer gardens.

“Smoking gardens – I made that up. Anyway, it’s disgusting.”

Smoker Nikki Hollis said: “Gardens are outdoors. How can the outdoors be ‘full of smoke’?