Do you remember why you voted for Brexit?

IN JUNE 2016,  you voted for Britain to leave the European Union. But do you have any idea why you did this or is it lost in the mists of time?

Did you want Britain to be free to trade with countries around the world?

A) No, I don’t think I was bothered about that. Isn’t it already?
B) Yes! That was it. I was sick of being tied into reductive EU trade deals that don’t take into account the massive economic heft of our organic pear juice.

Was it because you were sick of human rights?

A) Okay, I get that it sounds weird now, but possibly. I mean you had to be there.
B) Yes! Murderers serving life were getting PlayStations and all the adult channels, then getting released! I knew I had a good reason.

Did you want the NHS to get an extra £350 million a week?

A) Don’t get me wrong I like the NHS, but that seems excessive. Wouldn’t that make it richer than, like, Google?
B) Yes! And it will!

It wasn’t because you’re racist, was it?

A) Not racist as such. Perhaps slightly more susceptible to racism. It’s genetic.
B) No! It definitely wasn’t that at all, and anyone who says that is the reason Brexit happened is so wrong!

Do you actually want Brexit now?

A) Is it ungrateful if I say no? I don’t want to make a scene.
B) Yes! For all the reasons mentioned above, and any others!

Mostly As: You have no idea why you voted Brexit and are ashamed to admit you once trusted Nigel Farage. Still, it’s too late now.

Mostly Bs: You have no idea why you voted Brexit and will claim the reason as anything the media says, as long as it means you’re still in the right. Still, it’s too late now.

May visits Wales in bid to discover the point of it 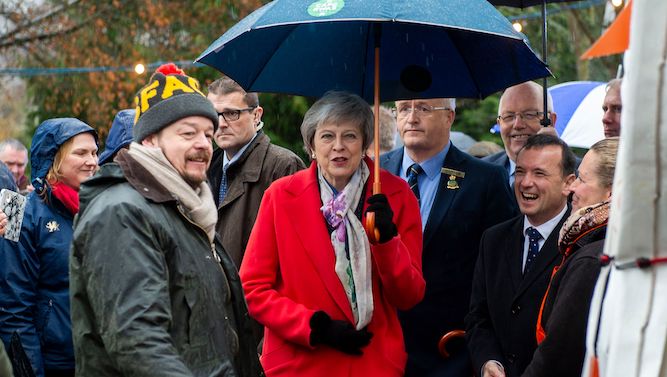 THE prime minister has returned to Wales to make one last attempt at working out if there is any point in it even being there.

Theresa May visited Wales after realising that Scotland and Northern Ireland were not only different from England but in their own way important, and reasoning that surely Wales must be the same.

“It’s a whole country, technically, so you’d think it’d have its own political issues and parties and, I don’t know, stuff. Things you’d have to pay attention to if you were running the country. But not really.

“You cross the border and it seems distinctive with the bilingual signs and everything, but then it’s largely unpopulated and is either seaside, mountains or these tiny little cities.

“I thought they might be helpful for Brexit since they voted for it, but apparently they’re not really sure and mostly vote Labour or this party I’ve never heard of called Plaid Cymru. Four MPs. Makes the Lib Dems look big.

“Imagine an entire country you can safely ignore. There is one. It’s called Wales.”