Are you eating enough hummus?

IN the busy, modern world it can be hard to tell if you’re getting your full, daily amount of creamed chick peas and tahini. Take our quick test to find out.

1. Did you eat hummus for breakfast today?

A. No. I just had four pints of tea and a piece of toast.

B. Yes. I had a Full Hummus Breakfast, which is like a Full English Breakfast but with healthy, delicious hummus instead of the greasy English parts.

2. Do you plan to eat hummus for lunch?

A. No. I’ll be eating a sausage roll and then wondering why I feel like shit for the rest of the afternoon.

B. Yes. I’ll have a pot of hummus with some frozen hummus sticks to dip in it.

3. Will you be eating hummus with your dinner tonight?

A. No, I’ll either have another sausage roll or I won’t have anything because I’ll still be feeling funky from the sausage roll I had for lunch.

Mostly As: It’s as if you’ve never heard of hummus or, for some reason, think it looks, smells and tastes disgusting. But what you really hate is yourself.

Mostly Bs: You clearly like hummus but your hummus intake is, at best, moderate. You should also consider eating hummus as a snack.

Did Meghan threaten to carve her initials into Kate's pretty face? 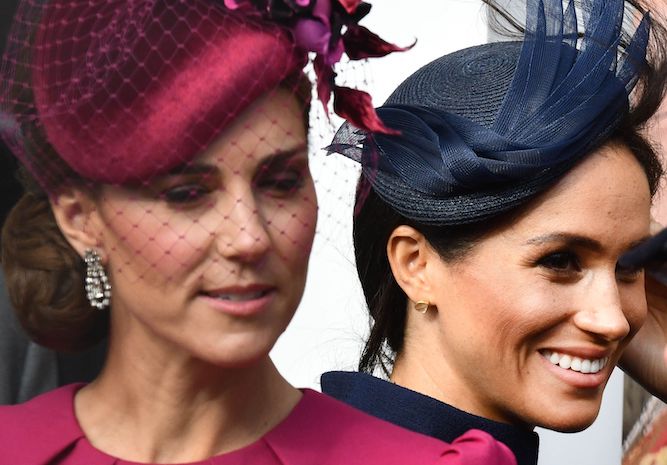 PALACE sources have denied that the Duchess of Sussex accosted the Duchess of Cambridge in a quiet anteroom, held a knife to her cheek and threatened to ‘cut’ her.

The rumours began after 34-year-old Prince Harry decided not to live with his brother anymore, which was widely thought to be very odd and a sure sign something was up.

An insider said: “Kate is a beautiful, English rose possessed of infinite class and charm.

“Seething with jealousy, Meghan held a blade to her rival’s porcelain cheek, threatening to mar her perfection with a crude ‘MW’ and force Kate to be forever hidden away in a tower wearing an iron mask in accordance with Royal tradition.

“Kate was about to retaliate, but thankfully an aide came across them and the pair pretended merely to be making delightful small talk, with their laughter chiming like little bells, as usual.

“But as Harry said ‘What Meghan wants, Meghan gets, or she will not hesitate to maim or murder anyone in her way.’ That’s the full quote.

“Anyway, I just wanted to say all of that is rumour and not true in the slightest. Thanks.”