BRITONS should save time reading news articles by assuming a UKIP politician has recently made some offensive remarks, it has been claimed.

Following the resignation of UKIP candidate Kerry Smith over comments about Chinese people and homosexuals, researchers found that this sort of thing just keeps happening so you don’t need the specifics.

Professor Henry Brubaker of the Institute for Studies said: “Every week, a sallow UKIP man aged between 30 and 55 in a bad cheap suit or a bad expensive suit is going be in hot water for using 80s playground terminology about some section of society.

“After an initial bit of grovelling they will have to bugger off, because thankfully we do not yet live in a society where that sort of thing is fine.

“Reading about these things one feels a mixture of contempt, pity and fear, none of which are positive emotions. So don’t bother and spend that time in a park, feeding the birds and squirrels.”

Birthdays cancelled for a month 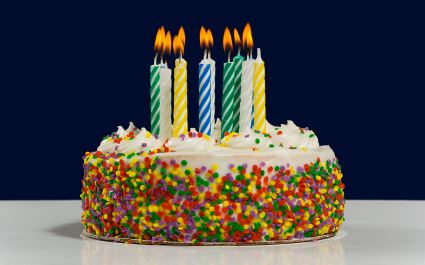 ANYONE unlucky enough to have a birthday in the next month might as well not bother, research has shown.

Birthdays between December 12th and January 12th are widely believed not to matter because they exist in the shadow of Christmas and New Year celebrations.

Professor Henry Brubaker, of the Institute for Studies, said: “Nobody will be buying these people a birthday present, instead upping the spend on Christmas by £5.

“Nobody will attend their party because they are already at parties. There will be no night out, unless it’s the normal night out with ‘and Shelley’s birthday’ tacked on the end of it.

“They won’t even be able to get the day off because everyone has already booked it for shopping.

“And if you are born after January 2nd, nobody has any money for the next month including you. Forget about it.”

Tom Booker, who was born on December 22nd, said: “When I was a kid I tried to have an Unbirthday on June 22nd but it just made everyone hate me even more.

“At least everyone’s out the pub for mine. If you’re born in August that’s the school holidays so it doesn’t even count.”