THE ‘assassination’ attempt on Nigel Farage may be the work of a serial killer with a grudge against bellends, police believe.

After the UKIP leader’s car was apparently sabotaged, detectives said they were looking for a psychopath who may have had a traumatic childhood encounter with a twat.

DI Tom Logan said: “We believe a disturbed individual has seen Mr Farage’s hellish ‘bloke down the pub’ routine or heard him slyly stigmatising Eastern Europeans and thought ‘Christ, this guy’s a fucker.’

“The ‘Bellend Killer’ probably had a boorish uncle who thought he was being terribly daring by telling racist jokes.

“It’s entirely likely they will strike again, so we’re urging Jeremy Clarkson to go about his business, as normal.”

He added: “We did assign bodyguards to Mr Farage, but after six hours of him wanking on about ‘eurocrats’ and ‘Herr Merkel’ they left him tied to a tree by a busy road.” 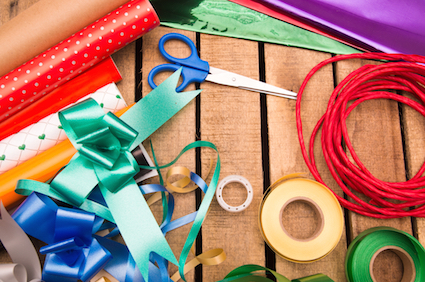 FOURTEEN people have been injured by a man’s attempt to wrap Christmas presents.

Gift wrapper Tom Logan was the most seriously injured and is now in intensive care in Peterborough General Hospital where his condition is described as ‘freakishly mangled’.

Logan’s sister Helen Archer said: “He accidentally cut our mum, quite badly, with the scissors, and my eldest daughter got so tangled in tape she looked like a chrysalis.

“His attempt to wrap a cookbook led to the partial collapse of the staircase. And then there was the ribbon. We told him ribbons were not remotely necessary, but he’s such an arrogant bastard.”

The family believes the largest parcel, approximately the size of a Renault Clio, will take two days to unwrap and will probably contain a little box of Clarins eye make-up.

Meanwhile, it is understood Logan’s presents from his girlfriend will be wrapped with such angular precision that they will lacerate his hands.