A DANGEROUS local thug is confusing people by wearing a Santa hat and being less threatening.

It is unclear whether Stephen ‘Stevo’ Malley has suspended random acts of violence for the festive period or will still kick your head in after wishing you ‘Merry Christmas’.

Pub regular Tom Logan said: “At first I thought Steve might be wearing a Santa hat to lure people into a false sense of security before he starts a nonsensical argument and kicks them in the testicles.

“However he seems to be genuinely enjoying Christmas. I suppose even borderline psychopaths must like carols and getting presents, although he’s probably asked Santa for something violent like nunchucks or a taser.

“He even brought some mince pies into the pub the other day, so it’s lucky he didn’t make good on his threat last Saturday to knock my teeth so far down my throat I would have to use a convoluted method of brushing them.”

Malley confirmed his customary level of violence will be reduced during the season of peace and goodwill, but stressed the policy will not apply to students. 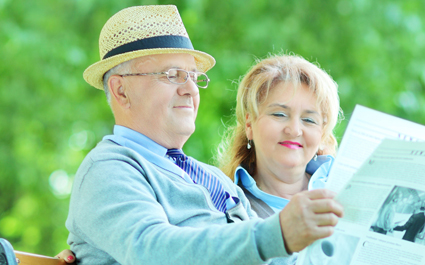 A TELEGRAPH reader has demanded it runs a story about how a gallery cleaner swept up some modern art because it looked like rubbish.

Windsor-based retired tax accountant Norman Steele said: “I buy the Telegraph every day hoping to read about how some Tracy Emin-type ‘contemporary art’ got thrown into a bin accidentally by a cleaning lady.

“I read about it happening last year and that is still my favourite thing in the world. It just about sums up everything about the disappointing way of life that these youngsters have adopted.

“Even if it’s totally made up, please can they print it so that I can read it out to my wife, emphasising phrases like ‘toilet-themed installation’, ‘a heap of rubble with used underpants on top’ and ‘dustpan and brush’.”

He added: “Modern art is not art – it is made by foreign gays.