Future prime minister has one and only drug experience

THE MAN who will one day be Britain’s prime minister has smoked cannabis for the first and only time.

The student, currently a 19 year-old at Oxford University, last night took the three drags on a spliff that will, in a quarter of a century, prove that he too had his wild years.

Roommate Tom Logan said: “He giggled, made a confusing joke about not being gay, went white and disappeared to the bathroom where we all heard him crying while he was sick.”

The future prime minister said: “I do not believe that young, white, middle-class people should be penalised for experimentation with drugs.

“From now on anything I say about drugs comes from a rational, informed point of view, which is the only reason I smoked the ganja in the first place.” 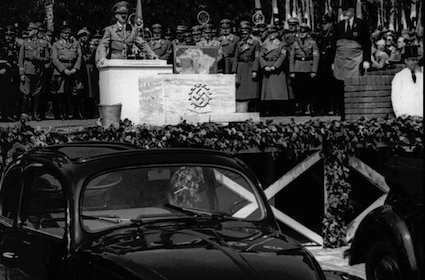 A CAR company founded by Nazis in 1937 is facing a public relations disaster.

Volkswagen, the brainchild of National Socialist minister Robert Ley, has been accused of falsifying emissions data, which experts warn could damage their unblemished record.

Historian Donna Sheridan said: “Companies can deal with all sorts of setbacks, from corruption scandals, to product recalls, to being founded by people who were indicted for war crimes at Nuremberg.

“But massaging their emissions testing to give a minor boost to their green credentials? Game over.”

Car expert Tom Booker added: “There’s a danger that when people hear the name ‘Volkswagen’, their first thought will be ‘cheats’. Shareholders will be desperate to turn the clock back to a time when ‘Volkswagen’ meant nothing more than Aryan racial supremacy.”

A Volkswagen spokesman said: “Everyone knows that if Hitler were alive today, he’d be driving a BMW.”