Idiots pay million quid to hear speeches by an arse

SOME idiots have paid a million quid to an arse just to hear him speak.

The arse was paid the million quid because he used to have an important job which he was very bad at.

Experts said the idiots either think he was good at the important job, or do not care and just want to give a million quid to an arse because he is a famous arse.

The experts also stressed that the arse has no choice but to charge the idiots as much as possible while he can before the next famous arse comes along.

Meanwhile, the arse also realises that if he does not make a lot of money then all he will have is the knowledge that he is an arse who was very bad at his job and who looks like the Child Catcher from Chitty Chitty Bang Bang.

Easter eggs about a tenth the size you remember, confirm experts 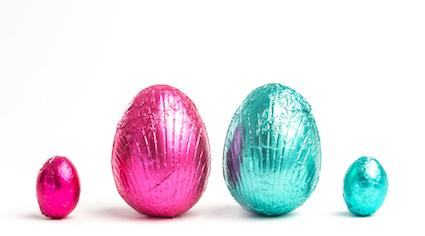 After shamelessly raiding their children’s Easter egg stash, parents across Britain have reported a meagre haul of sickly chocolate.

Stephen Malley said: “When I was a kid you’d gorge on Easter eggs until you never wanted to eat chocolate again, but I might as well have not bothered breaking that egg open. I could’ve swallowed it whole.”

He added: “I’m starting to think the few seconds of satisfaction don’t justify having to pretend to my children that there was a break-in overnight.”

Chocolate economist Julian Cook said: “At their current rate of shrinkage, Easter eggs will be merely theoretical by 2025.

“You will simply be told that you’ve eaten one, probably via a text and then you’ll feel slightly nauseous and ashamed.”