FORMER foreign secretary Jack Straw has revealed the precise extent to which he is a self-regarding, cowardly little turd.

In his autobiography I’m Such a Little Shit, Straw describes how he tried repeatedly to undermine Gordon Brown but never had the courage to actually do anything about it.

He said: “Time and time again I went around saying Gordon is rubbish and someone who isn’t me should definitely challenge him.

“And then, as if I was not under enough pressure, I had to make the brave, tough decision to emphatically deny everything that I had said, while making it clear that challenging Gordon was just plain wrong.

“I somehow summoned the strength of character to tell those hard, tough lies. Probably because I am an international statesman.”

He added: “I would have been a great prime minister. Everyone said so at the time and because of that I saw no point in actually doing it.

“Knowing that I would have been brilliant at something if I had tried has always been good enough for me.

“I’m such a fucking piece of shit.”

US sitcoms 'pressurising women into kookiness' 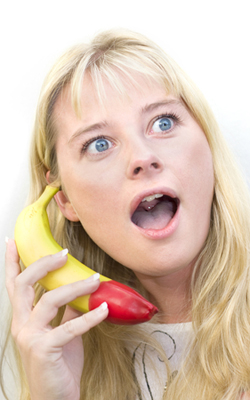 A GLUT of kooky female sitcom characters is putting women under pressure to be pixie-like, it has been claimed.

American series like New Girl, 2 Broke Girls and the other one about a bitch in a flat emphasise quirky, beguiling female behaviour.

Kookologist Dr Helen Archer said: “Thanks to television, many young women feel obliged to deliver off-centre zingers in response to even mundane questions like ‘Where’s the butter?’

“They feel they aren’t neurotic enough, they don’t have a trademark haircut and that they lack odd character tics like an obsession with old gramophones.”

“Last week I was suspended for riding a vintage push bike into a meeting, crashing it into the manager then watching a cloud of parakeets fly out of the basket.”

Dr Archer said: “Woman shouldn’t have to be kooky. Sassy is fine.”