GORDON Brown yesterday moved to combat Britain's mounting economic woes, announcing he had bought himself a new toothbrush and that it was absolutely terrific.

As latest figures show a record fall in house prices and a further dip in high street sales, the prime minister insisted his new toothbrush was probably the best thing he had bought this year.

Mr Brown also dismissed rising fears over the global credit squeeze, adding: "It's not electric. I don't believe in that sort of thing.

"But it does have these little knobbly bits on the top for cleaning your tongue.

"I don't think it matters, particularly, what brand of toothpaste you use. What's important is to get the right brush. And with this one, all the fundamentals are there.

"Strong bristles, an attractive colour scheme and a sturdy but comfortable handle, again with some knobbly bits for extra grip."

He added: "And it cleans my whole mouth, not just my teeth and I think that's something we can all be proud of."

The prime minister is expected to show off his new toothbrush when he meets bank chief executives later today.

A Downing Street source said: "He wants them to feel reassured, so he's going to give them a look at it. It is really nice, so we've all got high hopes.

"Did you know that it cleans his whole mouth, not just his teeth? Isn't that marvellous?" 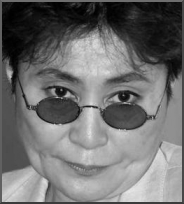 MANY years ago, myself and John were staging our third annual bounce-in. To the uninitiated, a bounce-in is where two icons such as ourselves would jump up and down on a trampoline as a means of protest against the American government’s treatment of Vietnamese pot-bellied pigs.

Such was the intensity of our bouncing that it was not long before President Nixon gave in to our demands and released thousand of fat, little pigs into the wild. Flushed with success, the two of us took in an evening bout at Enfield Civic Hall, watching Mick McManus have his arse kicked by Kendo Nagasaki.

During the mid-seventies myself and John were experimenting with many forms of music. For me it was an extremely liberating time, and I think the same applied to John, when you consider he’d finally managed to throw off the shackles of being in the most popular, influential band the world had ever seen.

It was around this time that I was asked to compose the theme to World of Sport, the popular Saturday afternoon sports show on ITV.  As I sat alone, picking out notes on my Peruvian glockenspiel, made exclusively from balsa wood and monkey gums, I switched the television on and began watching the programme. I was immediately transported to a higher creative plain when firstly, I witnessed the log rolling from Canada, and later, the all-in wrestling, which brought back memories of the first time I met George Martin.

The sport – or it is the art? – of wrestling is now a worldwide phenomenon, and so it was with great pride that I took up WWE’s invitation to open Wrestlemania XXIII.  Not only would I be able to enjoy a weekend of outstanding muscle-action, but it was an ideal opportunity to premiere my new seven-and-a-half hour opus – an opera written in Nepalese street slang about a girl who falls in love with a musician and rescues him from the evil back-stabbing Liverpudlians who purport to be his friends.

I was a mere one hour and twenty minutes into the opening song when I had to stop because the crowd was drowning out the PA. To my joyful surprise, they were already shouting for an encore . Apparently it is the custom in Michigan for the audience to demonstrate their love for the artist by throwing empty beer cans and half-eaten hotdogs. I felt humbled, as I collected my cheque and slid in to the back of my limousine.

As for the wrestling, the main event finished in controversy when The Undertaker performed a Tombstone Piledriver on Batista to win the SmackDown. Afterwards, myself, Hulk Hogan and a local man named Cletus sat in a hot tub, drinking beer and listening to the sweet, mournful lamentations of Billy Ray Cyrus.