SEATS at the Olympic opening ceremony, boycotted by western leaders, are to be given to some of China's star executioners, the Beijing government said last night.

China said it was delighted it could now accomodate these dedicated public servants who have helped set the country on the road to economic success.

Prime minister Gordon Brown's seat in the Olympic stadium will be given to Zheng Tao, a veteran, state-appointed killer who has been dispatching dissidents and petty criminals for over 30 years.

The seats reserved for Angela Merkel and Nicolas Sarkozy will go to the Jang twins from Gansu province, who began their careers breaking the thumbs of couples who had more than one child.

A spokesman for the foreign ministry in Beijing said: "To be honest, People's Republic of China not give honourable, jasmine-scented shit.

"But if it keep George Monbiot and Polly Toynbee quiet for five minutes, then maybe it not such bad idea."

He added: "We understand that while you no like China human rights record, you very keen make many billions of jasmine-scented dollars with honourable Chinese businessmen.

"However, it most gratifying that you not boycott actual games. Thankfully your balls not quite honourable enough." 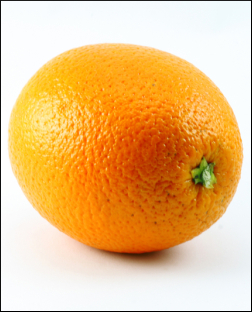 FRIENDS of Britney Spears last night spoke of their growing concern for the pop princess after she took three attempts to reverse park her car.

The troubled singer called a halt to her first attempt after squashing an orange with her offside rear wheel.

In the subsequent confusion she got her angle wrong and bumped the tyres of her Mercedes SLK into the kerb, before edging forward too far and leaving the nose of the car jutting into the road.

Eyewitness Nikki Hollis, 26, said it was obvious from the tiny scratches on the rear bumper that this was not the first time the pop superstar had struggled with reverse parking.

She added: "She came to a halt next to the space she wanted to park in, put her car into reverse gear and then tried to drive it in backwards. It was just totally insane."

Tom Logan, 28, said: "I filmed the whole thing on my phone. After the third attempt she just got out and walked off as if nothing had happened. That is one sick lady."

This is not the first time Spears has been involved in a motor-related fracas. Last autumn she left the Ventura Freeway in Los Angeles at Junction 17 without indicating.

In 2006 she admitted turning on her windscreen wipers instead of her air conditioning. The police said it was a miracle no-one was killed.