John Bercow confirms plan to 'take the revolution to Bolivia'

FREEDOM fighter John Bercow has announced plans to launch a revolution in Bolivia.

Speaker Bercow, who recently told Donald Trump he could not come into the Houses of Parliament, is leaving his job to unify his South American brothers and sisters.

He said: “They may kill me but they can never kill the revolution. Better to die on your feet than to live on your knees, and all that palaver.

“I’ve bought some khaki trousers and I can grow a full beard. I look good with a beard too, like a small Kurt Russell.”

Teacher Roy Hobbs said: “John Bercow really does speak for every struggling man, woman and child in this country.

“From the underpaid nurses and the overworked factory workers, to all his mates in Parliament.”

Bercow now looks set to recruit a ragtag bunch of die-hard radicals to take to Bolivia and overthrow what he described as ‘their US-backed puppet government’.

Number of left-wing people in London down to three 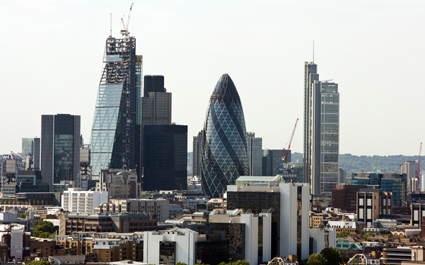 THERE are currently only three left-wing Londoners, it has been confirmed.

Tube strikes, Labour party infighting and being immersed in a consumerist, conformist nightmare are thought to be the key reasons for the collapse of leftist views in the capital.

The number of left-wing Londoners had stood at five including Jeremy Corbyn, but staunchly socialist bus driver Norman Steele and his wife Miriam moved to Stroud at the weekend. Meanwhile service industry workers are now all shipped in from the Midlands in tired old school buses with threadbare seats.

Londoner Emma Bradford said: “Like most younger Londoners, I pretend to hate the Tories but am secretly obsessed with money and would think nothing of spending £25 on a massive burger if that is what’s required to look impressive.”

Brand manager Tom Booker, who lives in Brixton, said: “I can’t believe everyone in London is a selfish bastard like me. What is the world coming to?

“Sometimes I buy a pair of trousers, wear them once and then burn them for no reason, just because this environment has made me insane.

“My friend Leo seems pretty left-wing and he lives in Tooting. Well he’s not exactly a friend, he’s actually my coke dealer, but anyway.”