A SPAM email from a credit card company has made a bold and courageous promise to fix a man’s credit rating.

A surprised and impressed Martin Bishop received the email from Pastures Credit Card Company which said it could help him get his credit rating ‘back on track’.

Bishop said: “It’s a gutsy statement, I’ll say that much for it. This email has definitely got balls. But if it fancies the job it can go right ahead.”

He added: “I did a credit check on myself last year.

“It came back with a picture of a skull and crossbones, which were on fire.”

Hipsters having a hard time trying to copy Trump's hair 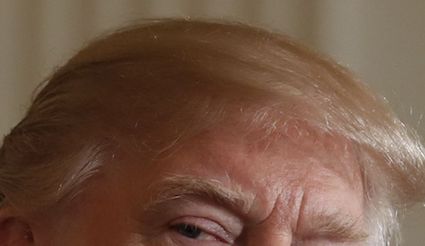 TRENDY people who want to copy Donald Trump’s hair in an ironic way are finding it impossible, it has emerged.

Tom Logan, a 27-year old social media manager, decided it would be a ‘super cool’ statement to have his hair like the insane murder clown president, but has found that even a vaguely similar look is very hard to achieve.

Logan said: “From the insipid shredded wheat colour to the wildly opposed combing angles, I haven’t been able to manage any of it.

“I figured out I had to grow the top really long whilst keeping the sides at a ‘difficult’ length, but I couldn’t recreate that lacquered comb over thing that somehow manages to be both bouffant and flat at the same time.”

Logan added: “It’s like a shape-shifting demon is sitting on top of his head. Maybe he is actually a really nice guy and his hair has taken control of his mind.”