BORIS Johnson has hit back at Dominic Cummings by revealing his aide’s drive to Durham last year breached lockdown regulations.

The British public has been shocked to the core by the revelation that the trip, which was explained to their complete satisfaction in Downing Street’s rose garden by Cummings, was actually illegal all along.

Johnson said: “There. Didn’t expect that did you, you four-eyed Mekon twat?

“I’m sorry, Britain, but Dom misled you. It actually isn’t perfectly reasonable for a man who suspects he has Covid to load his family into the car and drive 270 miles to Durham. It’s actually bad.

“And what’s more, Covid isn’t known to affect the eyesight, and even if it did going for a drive to a beauty spot on your wife’s birthday is a terrible way to test it. There. That’s bloody got you.

“In fact, and I hate to hit you with this bombshell Britain, but Dom was actually lying about the whole thing. It was all a load of weak, preposterous excuses. What do you think about that?”

Bill McKay of Peterborough said: “No. I just can’t believe it. Not Dom.” 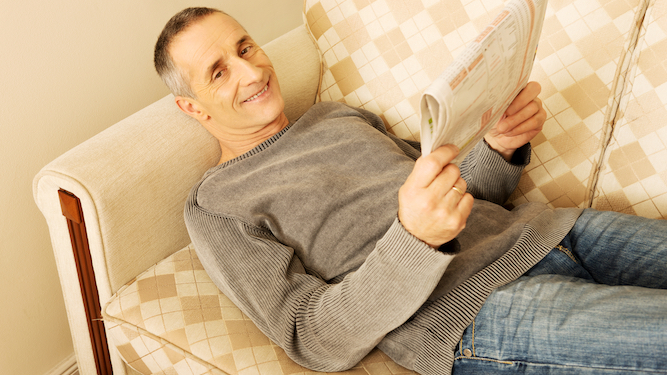 A MAN who has lost his job, is behind on his mortgage and buys groceries on a credit card is consoled by the knowledge that he is middle-class.

Freelance marketing consultant Tom Logan has been let go by his employers, is deeply in debt and could soon be homeless, but still knows the best olive oil to dip ciabatta in.

He said: “Sure, things aren’t great financially at the moment. I may ending up living in the old Kia Sportage for a few months. But I read the broadsheet papers at the library.

“They can’t take my liberal, educated outlook on life. No matter what happens I won’t have a coarse regional accent. Even when I’m shopping at Aldi I have the bearing of a man who shops at Waitrose.

“Even when he was telling me I couldn’t earn minimum wage on a zero-hours contract, he called me ‘Mr Logan’ and ‘Sir’. I told him he could call me ‘Tom’ but he didn’t and I see his point. There’s a gulf between us.

“At the end he shook my hand and you could tell he’d never been to grammar school or Sicily. Which, destitute as I am, remains a great comfort to me.”