SENIOR Liberal Democrat men are to change the way they dress and act because they have become too sexy.

The party admitted most of its senior male figures were gorgeous and that women found them irresistible.

A spokesman said: “Unfortunately, from time to time, one of them gives into temptation. It’s not Chris Rennard’s fault, it’s his come-hither stomach and his massive, bespectacled face.

“When Nick Clegg was told about it, he just assumed Chris had been propositioned aggressively, as they all are, dozens of times every day.

“Plus, power is an aphrodisiac and Chris Rennard was chief executive of the Liberal Democrats.”

Clegg has now vowed to investigate claims that Rennard may have touched a woman while attempting to stop her from his opening his trousers.

He said: “I did not know about a specific lunge at a specific area of Chris’s groin. If only someone had said something specific to me.”

The party has now imposed new rules on its sexually devastating leadership, including much bigger wedding rings and a special spray they can direct into the face of a lusty marauder.

Meanwhile, Danny Alexander, chief secretary to the Treasury, will no longer make public appearances in case a naked woman wrestles him to the ground and attempts to straddle him.

The spokesman added: “Vince Cable gets sent more than 50 pairs of pants a week.”

Day-Lewis to spend two minutes preparing for next role 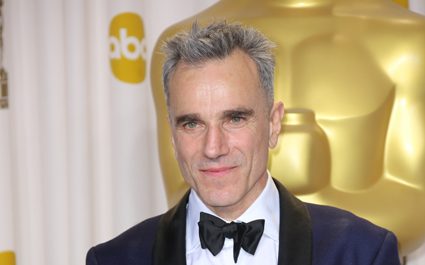 AFTER his third best actor Oscar, Daniel Day-Lewis is to stop trying.

The star said his record-breaking win meant he no ‘longer gave a tuppenny shit’ and was looking forward to playing ‘someone like King Arthur, but with a really bad accent’.

He added: “Arthur was born in Cornwall, so I suppose I could try a kind of Wurzels thing. ‘Oo-arrh, that be excalibur, me trusty sword what I found in a lake’.