Man who got elected ‘definitely unelectable’

A MAN who defied expectations to get elected definitely could not win an election, it has been confirmed.

Blairite backbencher Roy Hobbs said: “Jeremy Corbyn won the Labour leadership despite starting as a 200-1 outsider, which conclusively proves how that sort of unexpected weird thing never happens, and could never possibly happen on a bigger scale.

“It’s not like there’s shitloads of people who never bothered to vote in elections because they felt it was a choice between the Tories and a watered-down version of the Tories.

“In particular there are no young people who are sick of being skint, generally pissed off and willing to go along with pretty much anyway that feels different. And even if those kind of people existed I’m sure they would totally not be into any kind of identifiably left-wing ideas.

“A Labour victory under Corbyn is about as realistic as America electing a black president. The polls say that and the polls are never, ever even slightly wrong.”

89-year-old Telegraph reader Roy Hobbs said: “Corbyn can never win because millions of comfortably off geriatrics like me will vote against him. 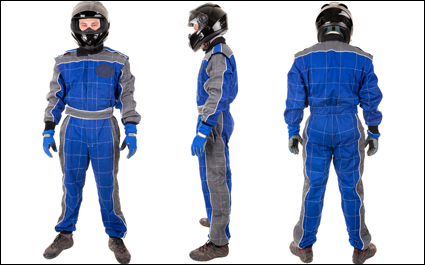 CAR drivers are to dress in helmets and flameproof overalls in a move inspired by the high-tech racing attire of cyclists.

Commuters and casual Sunday drivers must dress like Formula One professionals, under new guidelines designed to promote road harmony.

A government spokesman said: “It’s easy for a driver to look at a cyclist in a shell-hood, ghost socks and flank liner and dismiss them as an utter tool, which encourages hostility on the road.

“We want to level the playing field by making drivers wear a shiny helmet with zig-zags on it, and special gloves made of space shuttle material.

“If the cyclists are dressed like Bradley Wiggins, the motorists should be dressed like Lewis Hamilton or another racing driver if they are able to name one. Then everyone looks pretentious.”

Mother-of-two Emma Bradford said: “It’s amazing how a jazzy helmet changes your attitude. When I do the school run now I jerk my head around as if experiencing extreme g-force.

“Also I just drive into garages at tremendous speed and wait until the men run out with fuel pipes and tools. Except that never happens, so I have a massive benny and storm off, throwing my helmet on the ground.”