Nick Griffin To Tour With Aswad

NICK Griffin is to step down as leader of the British National Party and form a funk/reggae fusion project with
Aswad.

Griffin is currently holidaying in Barbados and is receiving intensive tuition in bass guitar from Bootsy Collins.

His aides say he can manage most of Legalize It by Peter Tosh but is still having trouble with some of the key changes in Let Jah Be Praised after finding the tuning to be considerably different to that of Chas & Dave.

The BNP leader said: “It’s time to hand the reigns over to a younger leader with the energy needed to take the party forward and for me to explore the outer regions of my interplanetary groove thang.

“It’s the music of my forefathers as my research has shown that the major pioneers of Hard Bop, Psychedelic Soul and Dub Riddim were all white, British men.

“For instance, before signing with King Records, James Brown was actually a redheaded fishmonger from Carlisle.

The piece, to be performed by the Aswad Roots Orchestra, is a confusing tale set during World War II featuring Vikings, homophobia and Lee Scratch Perry reading the speeches of Oswald Mosley.

Reggae expert Charlie Reeves said: “While the genre has always been the voice of the oppressed, I can confidently state this is the first time I’ve ever heard lesbian social workers referred to as ‘The Babylon’.”

Fake England Shirts 'Not Made In Official Sweatshops' 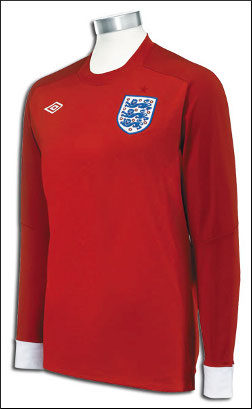 ENGLAND fans have been warned against buying fake merchandise not made in official World Cup sweatshops.

In the run-up to South Africa bootleg versions of the England teams’ regalia have been flooding cheap shops and dozens of faintly depressing provincial markets.

But Tom Logan, director of TTS Sportswear, said: “These cheap knock-offs are made in Third World countries by impoverished locals working 98-hour shifts for the UK equivalent of a packet of Space Raiders, in windowless, sweaty gulags patrolled by short stocky men who spit everywhere when they shout.

“We’re fine with all that, but fans should know that the child labourers making the imitations are rude and smelly and have open disdain for the Queen and bulldogs.”

Workers in the official World Cup merchandise sweatshops, in a delightfully pleasant location in rural Indonesia, are trained not only in politeness and kindness to animals but also to have a deep patriotic feeling toward England which infuses each garment.

Meanwhile genuine England shirts feature breathable nanodynamic biochromatic technology, which maximises the performance of the wearer when they are reaching for the remote control or a fresh can of Stella Artois.

Logan added: “If these cheap, fake shirts are allowed to proliferate, it could undermine our basic human right to keep selling glorified PE kits.”

Football fan Stephen Malley said: “I wouldn’t want to think that in buying a shirt I was supporting the type of sweatshops where the workers don’t even know what a Yorkshire pudding is.

“Of course, I did used to think sweatshops as a whole were maybe not a good thing, but then Bono made it all better with his magic sunglasses of love.”