COMEDIAN Roy Chubby Brown is the new home secretary, Theresa May has confirmed.

The prime minister said: “Chubbs is a real man of the people, he knows how to read a room, plus his material shows a keen awareness of immigration issues and wanking.

“With his loud annoying voice and deliberately absurd appearance he’s like Boris’s working class alter ego, although at least Chubs knows his place and can read an email without accidentally deleting it.

“I’ve told him he can still do two tours a year, provided he deports at least 12,000 people for having passport pictures that are ‘too shiny’. Chubbs thinks that’s realistic.”

She added: “We’ve done our research and found that you people are deeply prejudiced and you also love carveries. So don’t go moaning, because this is what you like.” 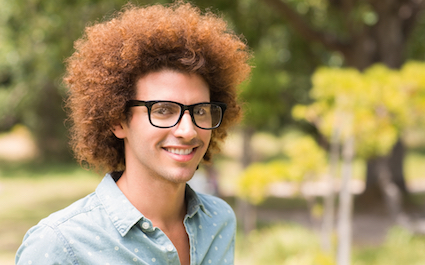 A VILLAGE-BASED hipster ignores his nearer and larger Londis because it has ‘sold out’, he confirmed.

Martin Bishop, from Powys, prefers to ride his fixed-gear cycle for 25 minutes to a Londis sympathetically converted from a Post Office than use the local one, which has fluorescent lighting.

He said: “They used to have craft beers and wasabi peas, and it was just cool, you know? A nice crowd. Pretty sure I saw Laura Marling in there once.

“Then the suits move in and it loses that character. They rotate their milk on a three-day system instead of a two-day, and the magazine placement is just so obvious.

“I prefer to travel further for something a bit more exclusive. Though I have heard talk of a pop-up Co-op coming to Churchstoke.”

“Last week he told me he preferred cow shit to sheep shit because it was ‘more real.’”