HAVE you arranged a cosy kitchen photoshoot to prove that you’re an ordinary, decent person who would do a great job running the country? Here’s what to pose with.

Still popular among the simple folk of Britain who don’t realise how outdated they are, bless them, spouses are perfect for reassuring everyone you’re not a morally questionable philanderer who visits sex dungeons. Boris hasn’t got one.

Politicians who have been served tea by constituents believe that voters have no two mugs the same and cherish that variety, when actually they’ve just been given the same crappy mug the Sky man gets when he comes round to fix the broadband.

Something with a Union Jack on it

For ardent Brexiters it’ll be something massive like a sofa. For Remainers it will be something small, like an egg cup. But it will definitely be there because if it wasn’t the right-wing press would have all they need to call you a traitor.

Not so much that you look like you can’t manage to control your own household, let alone a country in the throes of a collective mental breakdown, but just enough to maintain the illusion you don’t have a live-in cleaner paid less than minimum wage.

Childrens’ drawings on the fridge

Provides a delightfully homey touch in the house you’re claiming as a second residence so you can buy a massive telly from John Lewis at the taxpayer’s expense. Also serves as a useful reminder of your children’s names.

Who left that there? Radina, I thought I told you to clean this place up! Don’t make me burn your passport. 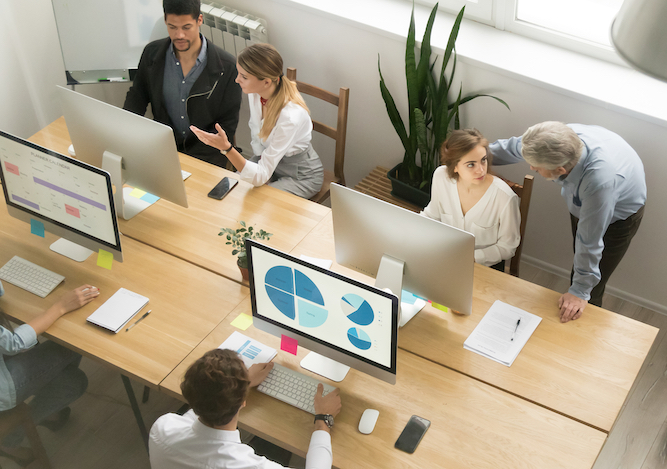 A START-UP company is based in a normal office instead of a giant playground and is paying people a fair wage instead of free kombucha.

The food and beverage company – called Thomson Food and Beverage rather than ‘YumiTumi’ – is treading new ground by getting its employees to do normal stuff.

Instead of providing a rounders league, free fermented yoghurt and an office hen, the business will concentrate on providing a service for which there is a demand, getting money for it, and then giving some of that money to the people who work there.

Managing director Anne Thomson said: “We have completely individualised our workspace with grey carpet on the floors and ‘sit down’ desks.

“There is also unlimited water in the taps.”

Thomson added: “Our employees do not receive obscure perks, except getting paid a competitive hourly rate in actual pounds which they can use to buy things.

“And if they want to dick about on Facebook occasionally or leave a bit early when I’m not there, I really don’t care.”