Smug right-wing git wondering what he did before the internet

A MAN who spends several hours a day posting pompous right-wing comments on websites is wondering how he coped before the internet.

Roy Hobbs spends a ludicrous amount of time online goading ‘Remoaners’ and claiming he is not allowed to talk about immigration.

Retired engineer Hobbs said: “I can’t remember what I did before the internet enabled me to drone on constantly about young people being idealistic idiots who have sex with avocados.

“I did used to share my opinions in the pub, but the internet has the advantage of people not being able to punch you or worse still smile tolerantly and say ’that’s interesting’.

“These days I post everywhere from the Spectator to the enemy website Guardian, where I get very tribal and aggressive in a way I would never dare to in real life.

“I’ve developed a ‘hard-bitten Tory realist’ persona, as if I’m Ken Clarke or Winston Churchill and not just a guy who worked in a fridge door factory.

“Without the internet I’d have to share my opinions by handing out leaflets on the street, and I think the police are a bit touchy about some of my views on race these days.”

Dreary left-wing arse wondering what he did before the internet 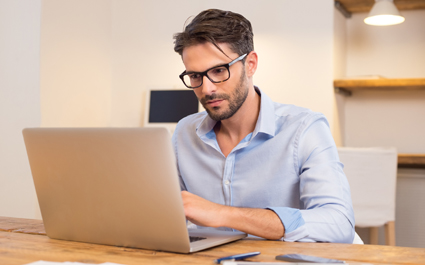 A MAN who spends a huge amount of time posting hysterical left-wing comments on websites is genuinely wondering how he coped before the internet.

Tom Booker spends a stupid amount of time each day posting predictable left-wing opinions, such as all Tories being evil bastards or wittily referring to Brexit as ‘Brexshit’.

Teacher Booker said: “Before the internet, I’ve no idea how I shared banal opinions like my firmly held belief that Thatcher ruined Britain with her ‘culture of greed’.

“The great thing about the internet is that, unlike social gatherings, no one can tell you to change the subject because everyone’s getting bored shitless.

“Without the internet to share my views, I’d actually have to go to some left-wing meetings, and even then I’d feel a bit self-conscious about saying how I’d gleefully piss on Thatcher’s grave.

“Online I’m a dangerous revolutionary who’d happily shoot all the Tory scum, despite actually being the sort of person who captures spiders humanely and puts them safely in the garden.”