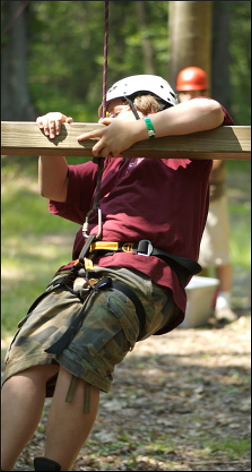 TEENAGE boys are increasingly overweight because they no longer need to go outside to find explicit pornography, according to new research.

The Institute for Studies said the availability of free online images means youngsters are not getting fresh air and exercise from scouring hedgerows and ditches for anything containing a picture of a snatch.

Researchers claim the only way to combat teenage obesity is to turn off the internet and disseminate adult material in remote
outdoor locations.

Professor Henry Brubaker said: “As a boy I walked across several counties to view a tattered copy of H&E that someone had stashed in a dry stone wall. It took three days and I had to use a compass.

“Under my plan the material would be located at the top of a steep hill, the bottom of a ravine or at the end of a woodland assault course with rope slides and tyres.”

He added: “If they’re on an overnight snatch-hunt they will have to learn how to pitch a tent, start a campfire and fashion a makeshift tube sock out of a dock leaf. It’ll be like the Duke of Edinburgh Award, but with loads of tits and fannies.”

A spokesman for the Scouting Association said: “Anything which gets teenage boys into the fresh air is to be welcomed, though I suspect the biscuit game would be over within seconds.”

Tom Logan, father of 14 year-old Jamie, said: “At his age I was always outdoors, looking for inexplicably-discarded copies of Knave, Razzle or the lesser-known but equally stimulating Raider. It was exhausting but great exercise, and so rewarding when you finally found a half-shredded coverless mulch bearing a vaguely discernible picture of a chubby woman’s vagina.

“I particularly liked the stories, perhaps because they always featured the under-used word ‘cupping’.”

But mother of three, Nikki Hollis, said: “I don’t worry about my boys looking at dirty pictures, because the websites have that clever feature where you have to click a button on the homepage to confirm you are 18.

“My children are not 18, and are therefore unable to do that.”