The Brexiter's guide to contradicting yourself

DO you worry that your arguments sometimes conflict with what you said moments earlier? Don’t worry – here Brexiter Martin Bishop explains how to hold two contradictory views.

Let’s get rid of foreigners. But we need them to do the crap jobs

Not a problem. You won’t find me or anyone I know picking fruit, serving in a restaurant or working on a building site in the freezing cold, so I’ll just breezily say ‘more jobs for British people’ then go to the bar, during which the topic will have passed.

Fishing rights mean everything. Who cares about fishing?

It might sound strange to rant about fishing for years, then not give a toss when fishermen can’t sell their stock because of Brexit. But what people don’t understand is that for Brexiters, fishing rights are all about pissing off the French. Who cares whether we actually sell any fish? Nothing contradictory there.

Northern Ireland belongs to Britain. But let them have food shortages

I’m fanatically proud of the United Kingdom, so naturally we should do anything to protect our own in Northern Ireland. Having said that, it’s only a tiny little place so they don’t need much food. And I can’t understand what they’re saying most of the time.

These border problems show that we should all be buying British. However I’m entitled to buy a German car, Korean TV, American phone, Belgian lager and mountains of Chinese stuff, because I’ve just added cheddar cheese, four Granny Smith apples and a pork pie to my Tesco order.

Brexit will be great for Britain. But it’s looking terrible for Britain

Just detail. Good managers and clear thinkers like me don’t get bogged down in detail. Imagine all the terrible things that would happen if you did. 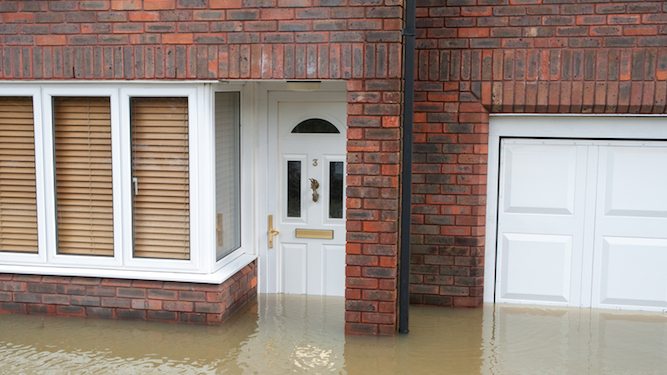 Following floods across Britain, leading insurers have acted swiftly to advise stricken customers not to contact them and certainly not to expect any money.

A company spokesman said: “In case you haven’t noticed, we’ve had a bloody hard year. Since March we’ve barely stopped fighting all these claims for pandemic liability. And now this?

“Let me tell you, we are not in the mood for a load of soggy homeowners lying about how much their carpets cost. So don’t even start.

“You know which way the money changes hands in this relationship. From you to us, every month. Why would that suddenly reverse? Does gravity reverse? Does time?

“Your ‘claims’ will be treated with the contempt they deserve. Your premiums will be increasing. Every flooded home should have had 500 sandbags ready. You’ve just been careless.”

Flood victim Nathan Muir of Didsbury said: “I asked the government for help, but apparently they’re flat broke because they’ve been propping up the insurance sector.”