Welfare cuts are 'none of your business', says Osborne

GEORGE Osborne has refused to discuss how much wants to take from the poor to give to the rich because it is his ‘private business’.

Appearing before the Treasury Select Committee, the Chancellor said his welfare cuts were ‘very personal’.

Osborne told Labour MP Rachel Reeves: “They’re like poems that I write about my feelings but don’t want to show to anyone. How would you like it if I asked to see your poems? I feel violated.”

Tory voter Donna Sheridan backed the Chancellor, adding: “He’s obviously very upset. If that’s what he wants to do then leave him alone.”

Meanwhile, Tom Logan, a pot smoker and communist, said: “Wouldn’t these details possibly be of use so people can see what he’s doing with our money?

“Not to ruffle any feathers by asking questions or anything. I’m just thinking out loud.”

Osborne said: “I know where you live, hippy.” 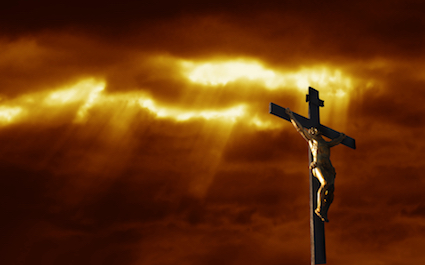 EASTER takes place a week before the end of March because Jesus was crucified very early this year 1,986 years ago.

The festival is one of the moveable feasts of the Christian calendar, often confusing people who are used to historical events remaining on a fixed date.

Archbishop of Canterbury Justin Welby said: “Sometimes Jesus was crucified by the Romans well into a balmy Middle Eastern spring, and sometimes only just out of winter.

“The exact date – and consequently the length of that year’s Creme Egg window – depends very much on the ineffable mood of God.

“Yes, normally when people die that date remains the same year on year, but Jesus was not like other people. He was a magic man.”

The Archbishop added: “Christianity’s not just mumbo-jumbo. It all makes perfect, logical sense. I think a lot more people would come to church if they knew that.”