We’ll celebrate your birthday if we get a day off, Britain tells Queen

THE UK has told the Queen it will celebrate her 90th birthday if she gives everyone a day off work.

Members of the public have admitted they are aggrieved about the monarch’s attempt to get all the usual cheering and flag-waving without keeping up her end of the deal.

Roy Hobbs of Whitechapel said: “She knows how it fucking works.

“We pretend we’re really into the monarchy, she gives us 24 hours away from the daily grind to drink strong white cider.

“We did it for her golden jubilee, we did it for the diamond one four years ago, and I’ll be first down by the barricades in a Union Jack waistcoat if she does it again this year.

“But trust me, you try to cheat us out of our day off and you’ll taste the true extent of Britain’s total indifference.”

A spokesman for St James’s Palace said: “Certainly. How does Friday June 10th suit you?

“We can promise a four-day weekend at the ‘end of her reign’, if you know what I mean, if you reciprocate with real tears.”

Most people wondering why Batman would possibly be against Superman 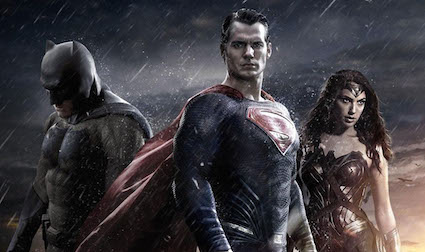 THE title of the film Batman v Superman makes absolutely no sense to most people, it has been confirmed.

As the DC Comics blockbuster is released, members of the public admitted they are confused but also suspicious that the plot of the film may not be very good.

Jane Thompson, from Peterborough, said: “They’re both superheroes sworn to protect the public, so why would they be on different sides? And are we supposed to prefer one to the other?

“This seems to have come out of nowhere.”

Martin Bishop, from Stevenage, added: “Have I missed something? Is this a totally new Batman? Is he now a bad guy who dresses up as a bat?

Once the film’s plot was explained to her, Thompson said: “That sounds like a lot of bollocks.”