Ask Holly: Where can I buy a bandeau mini-cassock?

I’m dead chuffed that I’ve been voted the most liked world leader by all the people, even those miserable atheist gits. But I can’t help but feel I need to set my sights higher and go for Rear of the Year. Surely to God I can beat that skinny ass Daniel Radcliffe to the top spot. Do you know where I could purchase a bandeau mini-cassock in the style of Carol Vorderman? TopShop, maybe?

Atheism isn’t a wise choice if you are a schoolkid. Atheists deny the existence of Santa and the Easter bunny and all of the stuff that means you get presents and chocolate and time off school, so unless you are a total weirdo it stands to reason that God exists. The plus side of atheism is that you don’t have to watch Songs of Praise with your granny who smells of wee, but that is a small price to pay for being able to stuff your face with seasonal confectionery several times a year. 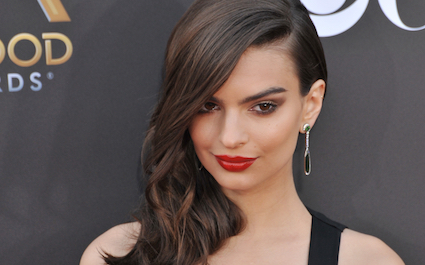 THE annual list of the 100 Sexiest Women on Jeremy Corbyn’s ‘hostile group’ list has been leaked to the media.

The list, which rates women on their attractiveness, number of naked photoshoots and backing of Dan Jarvis’s leadership bid, had a few surprises.

FHM editor Tom Logan said: “The big shock is seeing Rosie Huntington-Whiteley leap 61 places into the top ten, presumably because of her smoking-hot performance in Mad Max: Fury Road and her support for Trident.

“Meanwhile Ariana Grande, last year’s number six, has dropped out of the top 100 into Corbyn’s core group plus after assaulting capitalism by licking a donut while saying she hates America.”

Reader Wayne Hayes said: “Emily Ratajkowski’s gorgeous but only core group negative, meaning she’s prepared to serve in the shadow cabinet if necessary. That revolts me.

“Kate Upton, however, is full-on hostile and would knife Corbyn in the back in a second, even if it destroyed her political career.”