Which of these men will be Britain's last Tory prime minister?

THE dead wood – women, people of colour, wets, nutters – has been whittled away. But who will be the last ever Conservative in Downing Street?

The battle between the traditionally chinless Hunt and the boldly two-chinned Johnson will rage, but only one man can bury forever like nuclear waste the prospect of any Conservative winning an election ever again.

The man who as Health and Culture Secretary made it his job to ensure that neither health nor culture remained as viable options, he saved the public purse millions.

Has a natural advantage in negotiations and interviews because everyone is constantly afraid of calling him the Anglo-Saxon variation of his surname, and therefore distracted.

Was unable to completely destroy the NHS as health minister, so will be unlikely to finish the job as PM.

A grand institution like the Tories deserves to go out with a bang and with a track record of lying, adultery, ill-fated Thames crossings and Brexiting for personal profit Boris would consign them to oblivion in spectacular style.

It should be someone who’s had a nanny, really. For old times’ sake.

Woman unsure if she's in hipster cafe or millennial office 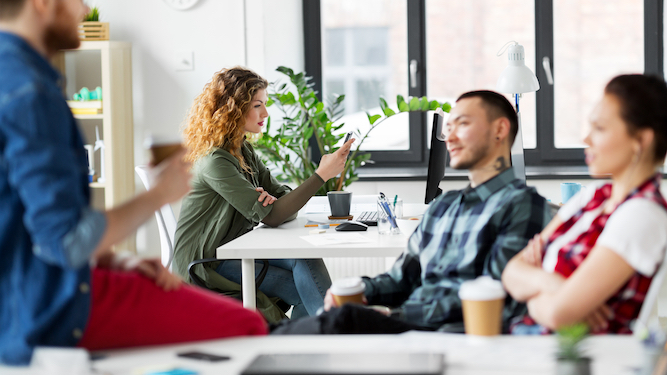 A WOMAN who walked into a building full of young people working on Macbooks on wooden tables is unsure whether she should buy a coffee or ask for start-up funding.

Londoner Eleanor Shaw passed the window of a place full of comfortable cushions and filament light bulbs and took a punt on it being somewhere she could either get a croissant or develop an app.

She said: “They gave me a flat white and drew a handlebar moustache on the foam, so that’s not conclusive either way.

“It was full of pot plants, there was a bicycle on the wall and I was shown a chair and given the wifi code, so I was leaning toward café.

“But everyone was joylessly tapping away at their Macs exactly like an office, not looking up or making any conversation, but then again maybe that’s because it was a café and none of them knew each other.

“I never did found out which it was. They all ignored me while I drank my coffee so I f*cked off without paying. Or getting £150,000 of seed investment. Either way.”