Why it's fine for me to borrow shitloads of cash but not you, by Rishi Sunak

HI, BOY billionaire Rishi Sunak here, ready to accept praise for borrowing tens of billions with no clear plan to pay it back. But don’t you dare do the same. Here’s why:

Banks hate to lend money to people who need it, but see me as a safe investment because I’ve got so much personal wealth that I dive into it like Scrooge McDuck. I could bail the country out with my spare change if I wanted to. But then how would you ever learn to budget responsibly?

I’ve got a proven track record

Throughout this crisis I’ve been holding the purse strings, and I think the results speak for themselves. First I abandoned self-employed people to fend for themselves like the beasts they are, then I gave you all half-price Five Guys while we were trying to stamp out obesity. You couldn’t ask for a safer pair of hands.

I can magic cash out of thin air

One of the perks of my job is that I can create money simply by pressing some buttons while drinking coffee from a mug that’s worth more than you. This is very appealing to investors, whereas you have to work years to earn money and that’s boring.

Even if I was ever irresponsible with money, I’d get away with it because I’m just so damn dashing. All I’d have to do is flash my dazzling smile and I’d get off without so much as a slap on the wrist. Meanwhile your below-average looks are a real drain on the nation’s coffers and discourage oligarch investment.

I wanted to be a Jedi

Few things reassure financial regulators quite as much as hearing that you wanted to be a fictional space wizard when you grew up. Having seen and enjoyed the most popular film of a generation really makes them feel that you’re an ordinary, grounded guy just like them. Also, I then drop in once again that I’m incredibly rich.

Tiny dog very angry about it 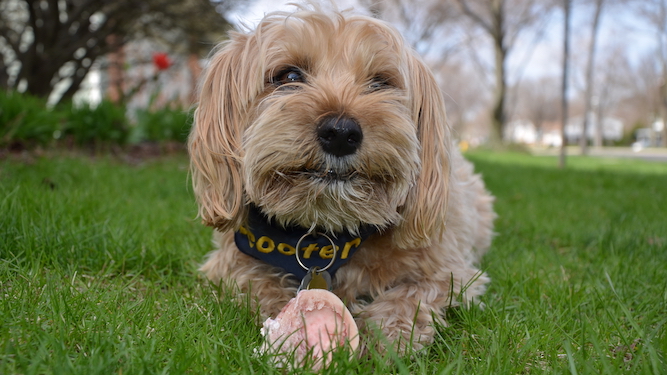 A DOG no bigger than a shoe is absolutely f***ing raging about it and ready to take on the world.

Keith, a Yorkipoo from Edinburgh, denied he was suffering from small canine syndrome and swore he would rip the ears off the next twat who commented on how cute he was.

He continued: “It’s bad enough from humans, holding me in their cupped hands and saying how neatly I’d fit into their handbags. Patronising bastards.

“But nothing, absolutely nothing, makes me rage like the way other dogs look at me in the park. That mix of pity and mockery you get from a Labrador sends me off my f**king nut.

“You’ve never seen rage like it. Everything makes me angry. Blades of grass in the park. The mere sight of a slipper. The opening of a door. The theme to The One Show gives me the red mist.

King Charles spaniel Tom Booker said: “Yeah, we all avoid Keith. You only have to walk past his house and he’s yapping at the window like he’s going give himself an aneurysm.