Would you rather live in a skip or sleep with Michael Gove?

COLUMNIST Sarah Vine has defended the Downing Street flat redecoration, saying the PM should not ‘live in a skip’. However, this is someone who shares a bed Michael Gove. Which would you prefer?

Living in a skip: the advantages

Certainly, living in a skip presents its challenges. Only a sheet of tarpaulin protects you from the elements, there is rust and rainwater to contend with, plus the furniture dumped in the skip might come from an inferior outlet such as John Lewis.

However, as you eventually dozed off, to the accompaniment of the chattering of your teeth, you would at least know the little creature nuzzling against you was not possible future prime minister Michael Gove but merely a scavenging rat.

You would also be unable to plug in a TV that the endlessly irritating Gove might appear on at any second, which more than makes up for having to use a piece of wood as a pillow.

Sleeping with Michael Gove: the disadvantages

At 11 Downing Street you would wake each morning in unimaginable luxury which would make your current bedroom feel like a sleeping bag in the men’s toilets at Doncaster coach station by comparison.

However, as you came to each day you would realise that your bed was shared with the charmless and nakedly ambitious Gove. Possibly even literally naked, which would be like a nightmare sequence from a horror film.

If he then said ‘You know what – I’m feeling a bit frisky!’ it’s likely you would run screaming to the nearest bay window to leap into a back alley in search of a nice cold Gove-free skip anyway.

Five jobs given to a man that will need doing again 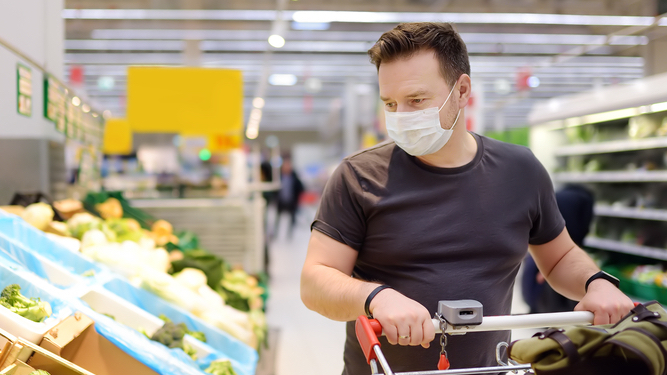 MEN have split the atom and conquered space, yet struggle with simple tasks surely no one could f**k up. Here are five that will need doing properly afterwards.

A shopping list, however specific, will always present a man with the opportunity be ‘creative’, ignoring toilet paper in favour of things they find interesting. The simplest solution is to list all the items you don’t want, including six punnets of reduced price mushrooms and a plastic garden gnome family.

Anything involving a cloth

To a man, the purpose of a cloth is pushing spillages and crumbs around rather than absorbing or removing them. A brief wipe of part of a surface also means that it is entirely cleansed to operating theatre standards. The same cloth may also be used to wipe anything from a chopping board to the dog.

When it comes to social events, men will tend to focus only on the bit of interest to them, ie. the drinks. Best to organise it yourself if want exotica like balloons and snacks that aren’t just six packets of cheese and onion crisps. And if it’s a surprise party, don’t expect it to be a surprise.

Unfortunately this is another task that is frequently not completed satisfactorily. Men can be given advice and tips, but don’t expect too much if he’s still not got the hang of shopping lists.