Scots will get constitutional right to blame Thatcher

CITIZENS of an independent Scotland will have a constitutional right to blame bad things on Mrs Thatcher.

First minister Alex Salmond said a written constitution would enshrine the concept that Thatcher’s 11 years in power are the cause of absolutely everything that is wrong with Scotland and Scottish people.

He added: “Future generations of Scots will grow up knowing that their constitutional right to loads of free stuff turned out to be impossible because of a dead English woman.”

The Scottish constitution will also confirm that promising to urinate on Mrs Thatcher’s grave will always be really cool and edgy.

Britain told to get used to horse burgers 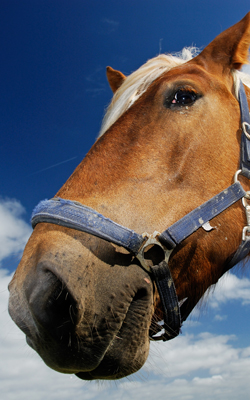 BRITAIN should not be too fussy about eating horses, economists have warned.

As high street supermarkets attempted to sneak a little bit of horse into the British diet, experts predicted that by the end of the year you will be glad of the cheap meat.

Julian Cook, professor of budget protein at Roehampton University, said: “The British countryside is littered with tens of thousands of delicious horses.

“Once the recession really kicks in – and it will – you will find your sentimental attachment to these fat, juicy mammals falling off a cliff. If you want to call it a ‘fiscal cliff’ that would be terribly clever of you.”

He added: “The combination of unemployment, inflation and a rumbly tummy will be enough for you to push aside ruddy-faced young women in jodhpurs as you make a bee-line for their best friend.

“And when those big brown eyes gaze into your soul with the wisdom of a thousand Buddhas, just remember how much Tesco are asking for four fucking lamb chops.”

Emma Bradford, who runs a riding stable near Guildford, said: “A lot of our clients have told us that they may not be able to afford their horses for much longer and we’ve told them that poor people don’t care what they eat.

“In fact, I suspect some of the more politically aware ‘untermensch’ will probably see it as an act of revenge. And who can blame them?”