BORIS Johnson passed his Brexit bill when nobody was paying any attention. What else will he try and slip past?

Nothing to do with buses or trains, this update to the Transportation Act of 1717 will allow Britain to start shipping convicts to Australia again for crimes as diverse as sheep-stealing, persistent benefit claiming or suspicion of socialist sympathies.

Allows the owners of the most expensive houses in an area to decide which residents they would like to evict and permanently ban. Gentrifies, raises property values, and makes safe Tory seats even safer.

The Transatlantic Accord act

Any British laws which are not in accord with US laws, for example on gun control or taxation, will be phased out. Disagreement is officially unpatriotic and will be punished with on-the-spot fines.

Everyone has a nose, so what could be fairer than a tax on all noses? It’s not disproportionately hurting the poor or anything. And if you don’t pay it you lose your nose. You can’t say you weren’t warned.

Grants referendums to Scotland and Northern Ireland, but with every vote for independence counting for three times more than a vote against. Will get rid of troublesome bits of the UK and ensure a permanent Tory majority until the end of time.

Five family board games to bitterly fall out over this Christmas 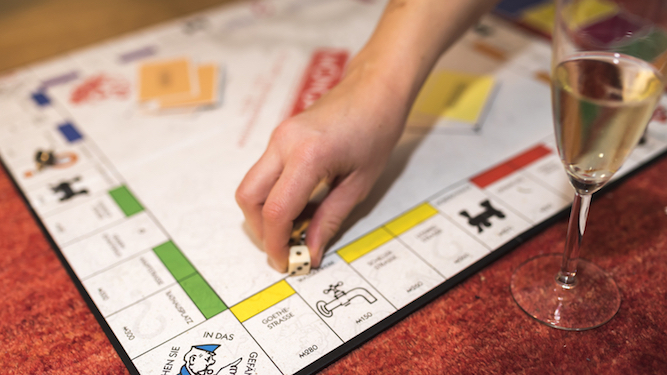 CHRISTMAS wouldn’t be Christmas without being forced to leave the sofa and your food coma for a tedious board game. But which ones will spark the best rows?

Guarantees an argument about the rules and discovering what a bunch of cheating scum your family are. The theme of buying properties is also great for creating tension between smug older homeowners and Millennials who’ll still be paying rent in 2059.

Many, many options for friction. Kick off with some simple snide comments about artistic ability, eg. “Is that meant to be a mouse?”, but then move onto deeper-seated resentments, eg. “You’ve always belittled me, Dad. ALWAYS!”

Performing the same mime again and again will leave you seething with frustration to begin with. Take it to the next level by shouting at people over their ignorance of well-known films, books and musical artists. Definitely refer to family members as “you idiots”.

Start with a dispute over what the pieces are called. Is it pie? Cheese? Segments? When you’re losing, complain it’s unfair to pelt people with questions written 30 years before they were born – especially obscure cricket ones. An argument starter par excellence.

Relieve the tension with a bit of physical play. Uncle Frank might break his hip again, but you’ll all be so furious about his 15-minute inability to explain Jaws during charades you’ll be glad to see the back of him as the ambulance takes him away.