We don't need Nissan because we'll be rolling in fish, and four other Brexiter delusions

PEOPLE who believe Brexit is going to be a massive success seem to live in a highly imaginative parallel universe. Here are some of their favourite delusions.

Fish will solve all our problems

Britain will be as rich as Saudi Arabia thanks to all our fish. It doesn’t matter if industrial supply chains break down – we’ll just make cars out of dried fish powered by fish oil, which is probably like petrol. It’s no wonder foreigners are so scared of British ingenuity.

The NHS will be amazing

Once Brussels stops stealing all our money, our hospitals will be swish and futuristic. No matter that our own government keeps cocking up relatively simple projects like ‘Operation Moonshot’ – in 2021 NHS patients will be tended to by high-tech robot nurses, like in sci-fi films. Only they’ll be sexy.

Joe Biden wants to take our Brexit away

Were it not for the Good Friday Agreement, Joe Biden probably wouldn’t give a toss about Brexit. However, Brexiters won’t let that stop them pretending it’s at the very top of his list, because they think everyone’s as rabidly obsessed with it as they are.

‘Global Britain’ will be a huge success

Brexiters keep banging on about ‘Global Britain’, but that’s understandable because they’ve yet to progress from ‘simple slogans’ to ‘discussing reality’. At the moment all it seems to mean is that we’ve got a so-so trade deal with Japan. Well, Japan is on the globe, so it’s technically ‘global’.

Britain will remain a pleasant place to live

Kent won’t be a concrete plain of lorries, portaloos and misery. Deprived post-industrial regions won’t get even more depressing. No, all of Britain will be a sunlit upland of lovely villages – like the ones in war films. All it takes is a bit of imagination.

Driving a milk float makes you impotent: A man who knows nothing about electric cars answers your questions 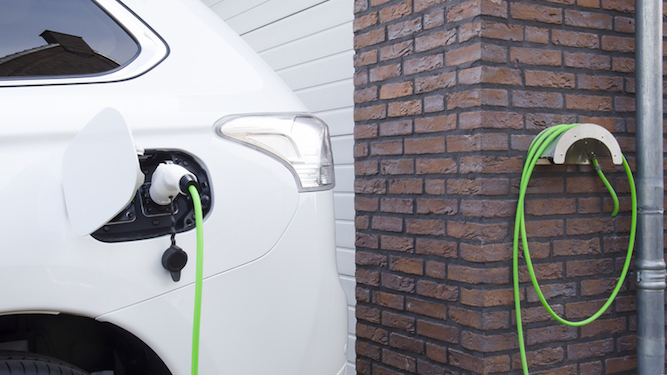 PROPER cars will be illegal from 2030, and men will be forced to drive electric vehicles that shrink their genitalia. Here Nathan Muir answers your questions about how wrong this is.

Everything. They don’t make a noise so accidents will be up by 2,500 per cent. They run out of charge all the time, blocking roads and sending women knocking on your door asking to plug their car in. And they inhibit blood flow to the male organ, obviously.

Will petrol cars be illegal after 2030?

Course. So what’s going to happen is that millions of proud motorists will become criminals overnight and form marauding gangs terrorising Britain for petrol, which will be worth more than gold, and murdering innocents and that. They won’t have a choice. They’ll have been forced into it.

No. They’re powered by the same stuff but turned into electricity so it has to go down wires to get to them, which is inefficient. Also you can’t open a window without running the battery down. If you play a CD while you’re driving you won’t be able to go above 40mph.

I mean they’re alright. Will Smith drives one. But if anything goes wrong, you can’t fix it. It’s a computer. You turn it off and on again, and when that doesn’t work you call IT and you’re on hold for 40 minutes. Imagine you need to go to work, and you get in and it’s updating the software for three hours. Call that the future? I don’t.

Why is the world shifting to electric cars?

New World Order mate. They track wherever you go, they know what you’re doing, if you spend a weekend burning up on the open road –  no-one around, perfectly safe – you’ll get an email Monday morning telling you the Highways Agency’s being informed. Big Brother.

Have you ever driven a electric car?

Me personally? Don’t need to, I read Clarkson in the Sunday Times. They’ve got no soul he says. Like driving a fridge. Also I knew a bloke had one, company director at my old place, six months in he’s getting divorced. Well you know why. Tesla droop. It’s the electromagnetic fields interfering with cock function.