Why 'one rule for you and another for them' is fine: Boris Johnson explains

PISSED off about having to self-isolate whilst I’ve done everything I can to try and weasel out of it? Here’s why double standards are perfectly acceptable:

I have hugely important things to do, like running the country and attending daily photo opportunities. Although to be honest, even if I wasn’t PM I’d be the sort of selfish twat just ignoring all the rules anyway.

I’ve had the Covid

Admittedly that was my own fault, but if you’ve not had it yet the onus is really on you to stop it spreading. I’ve given you loads of confusing contradictory advice, so I’ve done my bit.

You’ll only go to chip shops or something

Let’s face it, your horizons are more limited than mine. Not being able to stuff your faces with saveloys while self-isolating isn’t much of a sacrifice. I, on the other hand, need a gourmet meal from the Downing Street chefs, or superlative vol-au-vents at Spectator parties.

I have a genius-level ability to get away with stuff

Last-minute U-turns, talking rubbish, blatant womanising – crafty old Alexander can get away with all of it. It’s possible voters may get sick of this f**king pantomime and boot me out, but it’s unlikely. That’s not overconfidence, it’s just my winning personality. But mainly Brexit.

You’ll get used to being cooped up again

Think about the brave RAF chaps imprisoned in Stalag Luft for more than five years, to use yet another nonsensical World War 2 reference. They didn’t even have Netflix.

I am a terrible, terrible person

Given my track record, do you really think I am about to change? This might be a deadly global pandemic, but the main issue here is simple: Boris Johnson. 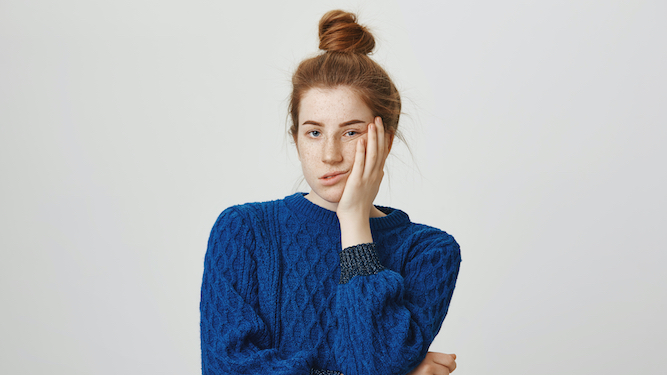 LIFE as a woman is easy, and completely free from criticism and judgement. Unless you fall into any of these categories:

Tall – Nudge over 5ft 7ins and suddenly you’re a big, lanky giant who isn’t worth a second look.

Small – Nudge under 5ft 3ins and you’re a tiny shrew. So just stay in the four-inch sweet spot between the two and you’ll be fine.

Fat – Enjoying a big, tasty sandwich for lunch means you’re fat. You should immediately begin the latest fad diet, which consists of cabbage water and misery.

Thin – Lose any weight at all and you’re immediately ‘painfully skinny’. However, if you are anything above a size eight you go straight back into the previous category of being tragically overweight.

Funny – Women are not funny; it’s a biological fact. God knows what that noise they make when they get together in groups is, but it can’t be laughter because none of them have a sense of humour.

Serious – However, fail to constantly have a grin on your face and men in the street will shout out ‘Smile, love, it might never happen’.

Poor – Any woman short of a few quid is trying to game the benefits system by popping out as many kids as possible, so you must have money.

Rich – Not too much money though, as that means you are either sponging off the wealth of a man or, even worse, successful independently of a man.

Shy – But they shouldn’t be shy, as that’s the reason they’re passed over for promotion. It’s  definitely not sexism.

Gay – Gay women just haven’t met the right guy yet. At a push they can be bisexual, as that still allows for a man to be involved.

Sober – Lighten up, let your hair down and stop being so bloody strait-laced all the time.

Drunk – Don’t get pissed or even look like you’re enjoying yourself whilst holding a drink though. That’s just asking for it.