REMAINERS have admitted that unprecendented British sporting success the first summer after Brexit is not doing their cause any favours.

Liberals yet to get over leaving the EU have found it hard to celebrate the victories of Emma Raducanu or the British Olympic and Paralympic teams because it makes Britain going it alone look like a great idea.

Joseph Turner of Bristol said: “I’ve sort of cheered them on, obviously, but I can’t help feeling that the wrong people are cheering much more loudly for incorrect nationalistic reasons.

“Point out Emma Raducanu’s ethnic origins and suddenly you’re the dick because everyone else is proud of her being British and you’re doing the thing the racists do. But for the right reasons. But still.

“Has the England football team, or Wales and Scotland come to that, ever performed so well as after Brexit? No. Is that just coincidence? Yes it is, you thick bigoty bastards.

“Winning the US Open is all very well, but let’s focus on empty shelves and airport queues and roaming charges rather than sport. Unless we lose in which case it’s Brexit’s fault.”

He added: “I wouldn’t mind us winning the Ryder Cup, because that proves we can only succeed by co-operating with Europe. But then again golf is for dicks.” 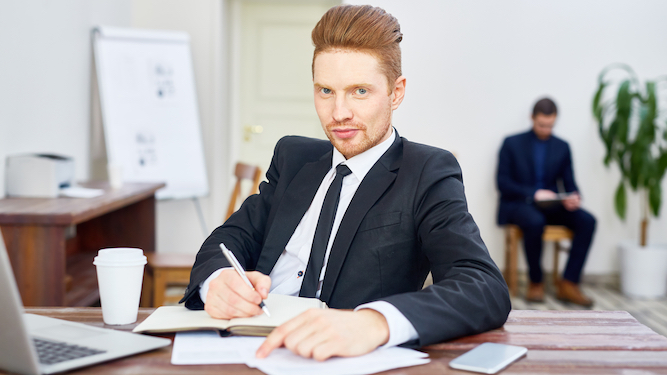 AN absolute twat of a boss has rewarded an employee who finished her assignments in good time with yet more f**king work.

Project assistant Lucy Parry completed a difficult piece of work early and expected to spend some well-earned time on Instagram, but instead was given work that was both duller and harder than the work she is contractually obliged to do.

She explained: “I thought I’d earn a few brownie points by getting the audit in with time to spare. But instead of heartfelt thanks, my boss stared past me for a few seconds then asked me to do the filing that the summer intern hadn’t got round to.

“Which turns out to be a real pain in the arse of a job on your feet all day picking up invoices from knobhead blokes in sales, while my boss is sitting there chatting to his mate who’s sat in my bloody chair.

“I ended up staying longer than he did. I’m never handing anything in before the last minute again.”

Boss Bill McKay said: “I’m proud of how I thought on my feet. I had absolutely nothing to give her. I almost had to send her home early. Then I remembered – the filing.

“I’ll up my game in future to ensure this doesn’t happen again. Increase her workload, interfere constantly, all that shit. Anything to stop her having a moment free.”