JAMIE Carragher will retire at the end of this season to become Britain’s most sought-after vocal performer.

Chanel, Jaguar and Armani have offered six-figure sums to have the meandering Liverpool defender lend his high-frequency tones to their ad campaigns, while animation giant Pixar has asked him to play a slow-witted octopus in Finding Nemo 2.

“People are tired of Rob Brydon’s measured, friendly timbre and they want somebody who sounds like a fax machine having an argument in a tuba full of phlegm.”

You're on your own, says Food Standards Agency 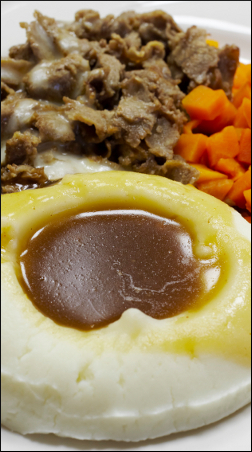 THE Food Standards Agency last night admitted there is nothing more it can do.

As most food was confirmed to be something entirely different, the agency suggested you do your shopping blindfolded and give everything a good sniff.

In its final statement, the FSA said: “The chances are that if you just grab whatever is in reach you’ll still end up with most of the important food groups but everything will have a fictional name.

“For instance these ‘turkey burgers’ are mostly apple, while this ‘apple’ is actually a dolphin’s pancreas.

The company said the ready meal, part of its ‘Very Very Vegetably’ range, has been withdrawn from sale so that some tomatoes and onions can be added to it.

A spokesman said: “They won’t go back on sale until we have brought the meat content down to less than 50%.

“We will also include a complementary portion of our Mostly Meat-Free Mushrooms which can be added to the plastic tray at the microwave stage, or enjoyed as a healthy side dish.”

Vegetarian Jane Thomson: “There wasn’t even any lasagne in it. It was just a bag of mince.”