WALES has asked for science to apologise after threats of solar storms were confirmed.

Speaking from a temple made of sticks, the Welsh elders warned of mass panic as solar flares play havoc with everyone’s haunted talking pebbles.

Druid chieftain and IT consultant Roy Hobbs said: “If we don’t start showing a bit more respect for He That Really Hurts When You Stare At Him For An Hour Or So, huge great lumps of sun will start falling all over the place.

“Unless of course these pigeon gizzards are wrong.”

Preparations for the solar storm have already begun, with every citizen issued with a pot of woad to paint their heads and a list of good places to hide.

Hobbs has called for a ‘national day of action’ to avert the greatest catastrophe to hit the country since the Big Fire of Cardiff in 1782.

He added: “We will have to catapult a virgin into the sun every 12 hours.”

Meanwhile the Welsh Institute For Thinking has demanded an apology from the Royal Astronomical Society for disrespecting their third-most revered deity, after the God of Drizzle and Huw Edwards. 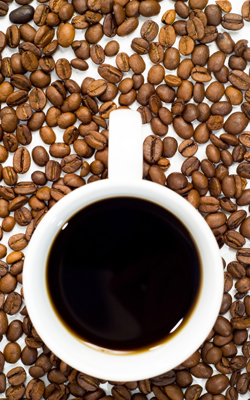 COFFEE that can be injected, snorted or put up your arse will soon be available on the high street.

Consumers claim that however much caffeine there is in a Starbucks’s grande, it’s nowhere near enough.

Coffee designer Tom Logan said: “Our society’s caffeine tolerance has reached a point where traditional ‘drinking’ coffee is no longer effective. By the time it’s been absorbed through your stomach wall, you’ve lost a lot of that ‘kick’.”

“We’ve developed a special ‘Eye-a-cino’ that you administer under your eyelids with a pipette. The caffeine starts to work instantly and the permanent ocular damage is offset by a competitive edge in meetings.

“We’re also working on ‘Captain’s Blend’ suppositories but our marketing team says its hard to make putting things up your bum seem aspirational.”

Sales manager Emma Bradford said: “I’ve taken to crushing coffee beans and snorting them off a pen lid but the pain is quite intense, you have to stagger around holding your face and thumping the wall.

“It does sort you out though.”

Company director Stephen Malley said: “Even making deliberate paper cuts and rubbing coffee into them can’t keep me alert. Now I have to pay a ‘personal assassin’ to constantly to try to kill me throughout the working day.

“He hides under desks with a straight razor, always ready to pounce.”