I'm dancing frantically and trying to get off with the dog

I recently read in the news that middle class women like me are drinking too heavily. Admittedly, I do like to quaff the odd box of Chenin Blanc of an evening, but I thought I had this under control. If my kids are in bed sleeping, what difference does it make if I am in the kitchen dancing frantically to Gloria Gaynor wearing only my pants and trying to get off with the dog?

I think that mummies drinking alcohol is a good thing. For starters, it makes them much more likely to give you a whole packet of Haribo for your tea. It also means that they wont make you do your homework or watch Dancing on Ice with them as usual. Instead, while mummy is busy sobbing like a banshee as she rearranges the living room furniture to Cotton Eyed Joe, you can start trying to light a real fire in the hearth of the dolls’ house or make some cocktails from all the pretty drinks you found under the sink. 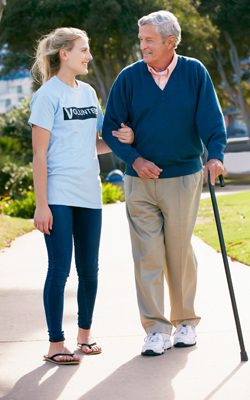 THE Royal Bank of Scotland has been ordered undertake 390 million hours of community service as punishment for its part in the Libor scandal.

The bank initially planned to assign all the additional work to just one member of staff. Donna Sheridan, a junior clerk from Ongar, was told to clean up graffiti and pick litter for the next 44,000 years.

However following concerns about Sheridan’s life span the bank will now spread the unpaid labour across all its branches. Local RBS outlets will be taking in washing, walking dogs and befriending lonely pensioners.

The Bexhill branch has been turned into a crèche, but parent Stephen Malley is not impressed: They’ll only take children in groups of five, ten or twenty.”

“If I want them to take my daughter Ive got to find nine other one year olds and deposit them as a group.

Another parent, Carolyn Ryan complained: Any child dropped off after 3.30pm isnt looked after until the following day.

A more popular service has been community self expression, which allows members of the public to scream abuse into their bank managers face for up to fifty minutes at a time.

When asked why the bank didnt opt to fulfil its community obligations by lending money and supporting local businesses, an RBS spokesman said: “Are you on drugs?”