ENGLANDS opening Euro 2012 game against France has taught fans what cheroot­-smoking philosophers have been going on about all these years.

Following a match demonstrating that man is a flawed, pointless creature crawling across the face of an indifferent planet, UK universities have reported record number of enquiries about courses involving existentialism, nihilism and drinking huge cups of coffee whilst looking indifferent.

Englandist Wayne Hayes said: Before the match I had my face painted, I was ringing a cow bell and was screaming profanities at the stewards, but by about the 60th minute I was discussing the theatre of Artaud with my mate Barry The Fucker.

When we get back to Carlisle were going to see if our local boozer can organise beat poetry readings and carafes of cheap, barely palatable wine.”

Englands Barmy Army, famous for tunelessly thumping out songs on instruments apparently found in giant Christmas crackers, had been barred from the ground by authorities who found them unlistenable despite having been raised on Polish pop music.

However, since the France game they have reformed as an atonal jazz combo called ?StGeorge? and hope to be allowed into the game against Sweden on Friday to perform their three ­hour concept piece LAlbion Cest Merde.

The game against Sweden could deepen Englands philosophical malaise, with many predicting a dour 0­-0 draw that references Ingmar Bergmans 1957 classic The Seventh Seal as Steven Gerrard cries out for help from a creator who cannot hear him, although in the case of Roy Hodgson this will probably be because he is a bit deaf.

Hayes said: After supporting England for 30 years I have finally learned that true meaning must come from within, rather than through blind devotion to a mythical, unrealistic construct, such as a side that can reach a final. 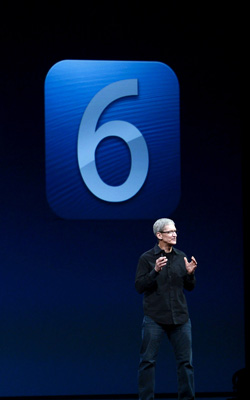 APPLE has launched its new range of things to fiddle with and poke at.

The new products, unveiled at the corporation’s WorldWide Developers’ Conference in San Francisco, have delighted Apple customers who had been concerned that the death of Steve Jobs could inhibit the supply of new bleeping things they could stare at while purposelessly prodding.

Apple CEO Tim Cook said: This is a paradigm shift in fiddling, a new dawn in tinkering, a revelation in dicking about.

New Apple products include iButtons, a handheld console with large coloured buttons which has no purpose other than to make a satisfying beeping sound when the buttons are pressed in certain random orders.

Also showcased was  a virtual-string-of-Rosary beads iPhone app demonstrating the new Apple buzzword fiddlunctionality, and FridgeFriend, which shows users the location of anyone who has the same fridge as them.

“I wonder what she’s doing with it now? Maybe storing some food for consumption at a later date?