Malley said: “Football has always been a safe haven completely untroubled by issues of inequality, so it was a real shame to see the woke agenda creep onto the field. I blame the black players.

“As I watched Tyrone Mings go down on one knee I decided enough was enough and let out a long, sonorous boo. Libtards will call me a racist, but what’s racist about making a recognised sound of disparagement as footballers stand up for the rights of black people?

“All I know about Black Lives Matter is it’s prejudiced for excluding whites. In my own way I was trying to help the team see that, and that’s why my brave boos were met with rapturous applause.

“Also it’s Marxist and they’re all millionaires, so I’m actually helping them. I expect I’ll be invited for a knighthood by the end of the week.”

Gareth Southgate said: “So long as we have racist twat fans like Stephen, we’re going to keep doing this.” 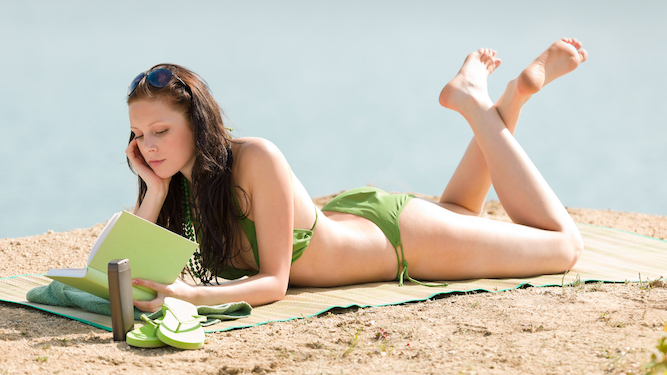 A WOMAN wearing a bikini to the beach on a scorching summer day has outraged observers with her flat refusal to frolic.

25-year-old Charlotte Phelps visited Weymouth beach wearing the two-piece bathing costume but insisted she has no interest in playing suggestively in the waves, sauntering sultrily down the beach or splashing around coquettishly in the shallows.

Speaking from her green bikini, she said: “It’s my day off so I thought I’d catch some rays, read a bit of my book, maybe go for a swim later to cool down.

“No, I would not like to throw a beach ball high in the air and catch it, giggling. No, I am not interested in being hoisted into the air by two lifeguards.

“Frolic? What the f**k does that mean? You mean like a lamb? You realise I have a degree in biochemistry, right?”

Despite being a woman in a bikini and being at the beach, Charlotte remained adamant that she would not be partaking in traditional summertime activities, such as a playful splash fight with a bikini-wearing friend, a good-natured all-bikini game of beach volleyball, or simply kneeling in the surf with a blissful expression.

A nearby photographer for a national newspaper intended to take her picture nonetheless, adding: “I’m sure I’ll catch her having carefree fun in the sun eventually. It’s one for the dads.”