Scotland to have a bank holiday if England lose

SCOTLAND will be treated to an impromptu bank holiday this coming Monday if England are beaten by Italy, it has been confirmed.

With Boris Johnson considering an extra day off if England win Euro 2020, Nicola Sturgeon has announced that Scotland will be get a similar bonus holiday if Gareth Southgate’s men suffer a disappointing defeat.

Sturgeon said: “Scotland is the only team that hasn’t lost to England during this whole tournament, so technically a win for Italy is a win for us too.

“It’s not official yet because we don’t want to tempt fate and hand over victory to the Three Lions. But rest assured the wheels are in motion and we’re poised to make it happen the second the ref blows the full-time whistle.

“I expect our exclusive, short-notice holiday might rub England fans up the wrong way, but remember how you booed our national anthem when we went head-to-head? Karma’s a bitch.”

She added: “Actually, a single day might not be enough time for us to process our euphoric joy at England’s defeat. Better make it a whole week just to be safe.”

The only times a middle aged man should run 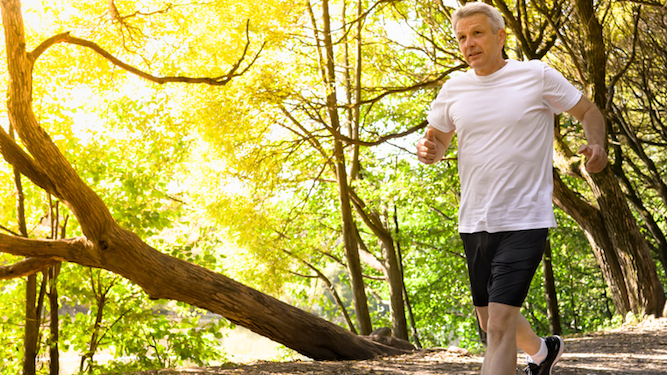 MIDDLE aged men are designed for sitting down. These are the only times when breaking into a run is acceptable:

Your car is being towed

Nothing sparks a middle aged man into action more than seeing his second-favourite chair being towed away. Onlookers will be shocked to see an out-of-shape bloke in an uncool outdoor jacket suddenly turn into Sonic the Hedgehog.

This occurs when the middle-aged man and his wife only hear the last call to board their plane home. The resultant embarrassing panic sprint with overstuffed cases and bags of crap souvenirs will be bettered only by the return sprint to retrieve the boarding passes he left in the departure lounge.

Whether it’s a 4am dash to the bathroom or tearing through a motorway services, a middle aged man will outpace Usain Bolt to get to a urinal. There’d better not be a queue, though, because all those cups of tea will have generated enough fluid to extinguish a forest fire.

In pursuit of a five pound note

A middle aged man will gladly throw five pounds away every Sunday morning on an array of newspapers to tut over. But if a five pound note is snatched away by a gust of wind, he’ll be sprinting after it like Rocky Balboa chasing a chicken.

During a midlife crisis

During his midlife crisis a middle aged man may take up running in a punishing attempt to recapture his youthful vigour. Exercise is a good thing, but you’ll probably give up and deal with the midlife crisis by listening to Chris Rea in a newly-purchased sportscar instead.