Alonso May Be Forced To Earn &#163;20 Million Somewhere Else

MCLAREN racing driver Fernando Alonso was last night coming to terms with the harsh reality that he may be forced to earn £20 million a year somewhere else.

Alonso has been locked in a bitter feud with team mate Lewis Hamilton over who has the most bubbles in their post-race champagne.

The Spanish world champion has complained that a move to Ferrari would force him to have sex with women who are marginally less eye-poppingly gorgeous than those currently hanging around the Mclaren team.

Alonso told a Spanish newspaper: "Some of these Ferrari girls have only a 'C' cup and their heels are about half a centimetre too high.

"But I will gladly have sex with every one of these flat-chested women if it means I will not have to be insulted with such disgusting, lifeless champagne."

The two men hope to settle the issue at the penultimate race of the season. Regardless of the result of the Chinese Grand Prix, the rivals will stage a cock fight in the car park.

Hamilton has been training a two year-old Buff Orpington, while Alonso's favourite bird "Santiago" is being fed on a diet of carrots and frozen peas.

Alonso added: "My Santiago is a proud cock with many victories. This scrawny English bird will die like a chicken."

Just Tell Me How Much You Want, Says Osborne 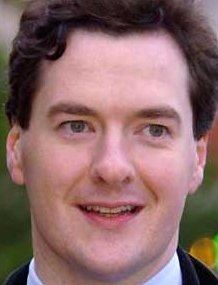 THE Conservative Party is to unveil a new tax strategy based on asking voters exactly how much it's going to take.

Shadow Chancellor George Osborne is expected to tell the Tory conference in Blackpool that, "hardworking families are sick and tired of not being asked what their magic number is".

Osborne will outline his plans to send a letter, email or text message to every household in the country asking how much they want and whether they want it all at once.

One senior Tory source said: "We've still got to thrash out the details. Do they want a grand? Two grand?

"Who knows, they may even want five grand, in which case we're going to have to sell the hospitals to China."

The move comes after a series of opinion polls showed that voters believe the Tories are still not offering them enough money.

The source added: "If I was an ordinary British worker I think I'd want about £1500 so I could spend it on a sunshine holiday, some new alloys for my Vauxhall and perhaps a 'season ticket'."

The move comes on the day the Government increased tax on petrol, bad manners and unfriendly cats.