Anfield to be biggest stadium in Championship

LIVERPOOL’S redeveloped ground will have the largest capacity in the second tier, it has emerged.

The extensive works will begin once all of Stewart Downings shanked crosses and Steven Gerrards 90-yard passes have been cleared off the roof.

Manager Brendan Rodgers said: By this time next year well be facing the likes of Ipswich and Barnsley, so the workmen can carry on in the sizeable empty parts of the stadium while matches are being played.

Theres very little chance of them being distracted by crowd noise, as its usually the home team scoring that causes kerfuffle.”

Former owners Hicks and Gillett’s proposals for a 300,000-seat anti-gravity omnidome hovering in the stratosphere were shelved after proving scientifically impossible.

And suggestions that Liverpool and Everton share a ground were abandoned after debate about which set of fans would be friendlier and more welcoming triggered a month-long riot.

When the club finally slips into non-league football in 2022, its stadium will be visible from space.

O2 chaos as labrador dies in its wheel 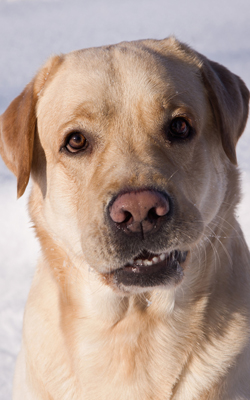 THE O2 network collapsed over the weekend following the death of the labrador that powers its central hub.

Sparky, the company’s core dog, expired on Saturday after eight solid years of running inside a giant drum with an O2 employee holding a boiled pig’s ear just out of its reach.

As the network collapsed, representatives rushed to find a dog breeder that was willing to take O2 gift vouchers instead of cash.

An O2 spokesman said: “Media reports of widespread anger have been exaggerated. In fact not a single customer called or texted to complain.”

But services were disrupted again on Sunday when the replacement labrador slipped on a puddle of Sparky’s sweat, leaving the animal careering around inside the rapidly-spinning drum, barking in terror.

“A husky would have been a much better choice, they’re agile and energy-efficient, you can run one for six months on a single bucket of blubber.”

A similar problem hit the T Mobile network in 2009, when one of the turtles harnessed to its underwater centrifuge lost a flipper.