Arsenal hoping nobody they know saw them in the Europa League 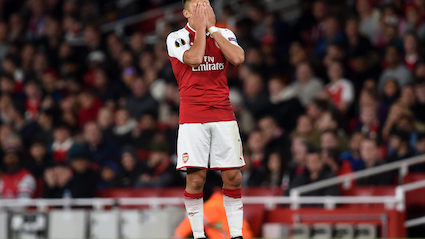 ARSENAL have attempted to sneak through their Europa League clash with FC Koln without anyone noticing them.

The Gunners hoped to avoid being recognised by any other clubs as they suffered the humiliating fate of playing in the Aldi-standard European competition for the first time in 17 years.

Striker Alexis Sanchez said: “If anyone found out, urgh. The shame. I’d never hear the end of it.

“I told friends I was spending all night at lap-dancing clubs, just to stop me being embarrassed, and whenever the TV cameras were on me I pretended I was just a man out walking his dog who’d stumbled into this game of football.”

A statement on Arsenal’s website insisted that the Emirates Stadium was closed for termite spraying on Thursday evening, but the presence of thousands of German fans gave the game away.

Arsenal fan Stephen Malley said: “I sneaked into the stadium and it was like catching my parents going at it.

“It was horrific to watch the team I love debasing themselves in that way. I know times have been tough but surely they didn’t have to resort to this grubby encounter on a wet Thursday evening.” 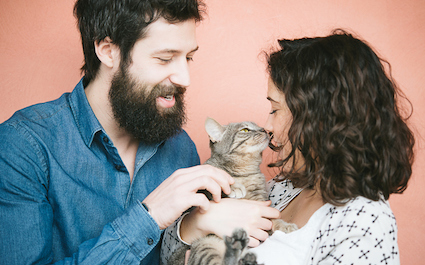 A COUPLE who believe looking after two cats makes them just the same as new parents have enjoyed another night of blissful, uninterrupted sleep.

Emma Bradford tells friends that her pets are both a burden and a blessing but that however hard looking after them is, she has never regretted the decision.

She continued: “It’s such a responsibility.  There’s the twice-daily feeding, which isn’t nearly as easy as just whipping a boob out. The tin opener sticks and the food smells awful. It’s a nightmare.

“Then there’s all the love and attention cats need. Scott, who’s the needy one, sits on me about four times a day, just like a human baby, making it impossible to get anything done.”

“And there’s not enough support out there for owners. Did you know you have to clean a cat’s litter every single day? If people knew how stressful it was, I bet nobody would even have a cat.

“The only break we get is in the evening when we put them out and also for long stretches during the day, when they’re in the garden, and also at night when they’re locked in the conservatory.

“Other than that it’s non-stop. Who’d be a parent?”