LIVERPOOL manager Rafael Benitez was last night clearing the family photographs from his desk after the club's owners gave him their full support.

The statement, printed on the back of a jobseekers allowance application, stressed that while the board felt they had the right manager, they also acknowledged the fans' view that he was about as much use as an air freshener that smelled of cat faeces.

Co-owner George Gillett said: "We don't blame Liverpool's terrible start to the season on the man whose job it is to make sure that doesn't happen. Nevertheless, it is hardly my place to overturn centuries of traditional Merseyside effigy-burning."

Benitez has been criticised over his decision to sell Xabi Alonso within months of de-friending him on Facebook. Meanwhile he has also been under fire for spending £20m on flat-pack midfielder Alberto Aquilani, who arrived at Anfield in a large cardboard box with all the instructions in Italian.

Gillett added: "It's business as usual. This Saturday we'll be flicking bits of meat pie at him from the directors' box before disconnecting his Blackberry and cancelling his petrol card. All with our full support."

Liverpool fan Tom Logan said: "I'm not fickle. Rafa brought European success, a genuine title challenge and the best striker in the world. But losing to Fiorentina does now mean that I want to fire him out of a cannon. Into a volcano."

But the Liverpool manager insisted that whatever the club's current faults the squad did now contain 100% less Harry Kewell than when he arrived.

Benitez added: "What's in the cardboard box? Oh, it's just some coffee mugs, a few photos, a mini desk fan and loads and loads of pens." 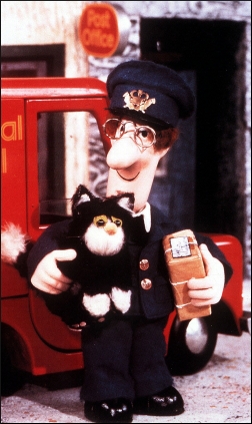 Pat Clifton, head of the Royal Mail's Special Delivery Service, has branded Jess, his black and white cat, a 'class traitor who would gladly stab his comrades in the back if he had thumbs'.

Clifton, who has threatened to bring the Cumbrian village of Greendale to a standstill, said: "He knows fuck all about it anyway. I'm the one who's out there in all weathers delivering erection pills and Leona Lewis CDs while he sits in the van with his tongue stuck halfway up his crack."

But Jess insisted: "We have to accept that the Royal Mail needs to be leaner and more efficient in an era of ever increasing electronic communication. As much as I may enjoy the sensation, I have to admit that I really do not need my own sidecar."

He added: "And he can fucking talk. He works about two hours a day and spends the rest of the time on his Blackberry sending dirty emails to Mrs Goggins and trying to coax her into a three-way with Alf Thompson."

A spokesman said: "We will shrink our members down to the size of an atom, much like Fantastic Voyage starring Raquel Welch, but without the figure-hugging outfits and the tiny submarine.

"They will then be placed inside telephone wires and fibre optic cables in a bid to stop billions of electrons going to work."

He added: "We hope to persuade the electrons to stand in solidarity with us, though that could be tricky as they do tend to travel at the speed of light. Any electrons that side with management will be branded as scabs.

"We'll also be shrinking lots of placards and banners, as well as dozens of tiny little braziers because the internet can get very chilly at this time of year."