ENGLAND can qualify for the second round of the World Cup if the remaining group games are played in a 12-dimensional universe.

Theoretical mathematicians at Cambridge University found that England can progress if x = y-2z in a universe where England have already beaten Italy and the Costa Rican bus got lost on the way to Brazil.

“It’s called the Gerrard Constant and it’s a pain in the arse. What, just because I do maths for a living means I can’t be a football fan? That’s what’s wrong with this country.”

Professor Cook added: “Obviously Italy could beat Costa Rica and Uruguay and then England could hammer Costa Rica, but we’re going to go with the 12 dimensional universe – and some very impressive maths, even if I do say so myself.”

England manager Roy Hodgson has promised that the current squad could create a new ‘golden ratio’ of  disappointment, making the failure achieved by Lampard, Gerrard and the Coles look like a nursery school abacus.

Hodgson, himself a keen amateur mathematician, said: “The training regime will continue to be tackles that are 40 percent of what they should be and shots and passes that are wilfully approximate.”

Expanded Stamford Bridge could fit up to two Mourinhos 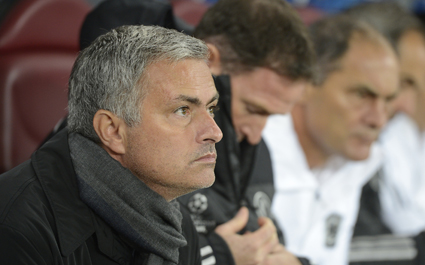 The West London arena has been large enough for just one Mourinho since 2004, but the club hopes that adding an extra Portuguese tactician could give them the boost they need to challenge for next season’s Premier League.

A Chelsea spokesman said: “We’re adding another suite of mirrors, doubling the size of the press room, and building a new lounge for lovesick journalists to lie down and fan themselves after speaking to the Special One. Special Ones.”

“Then we could have one Mourinho giving instructions to park the bus while another Mourinho abuses the linesman.

“Or we could have one hiding in a laundry basket while the other one pokes rival managers in the eye.”