Capello Tells England Players To Stop Being So Bad At Football

ENGLAND manager Fabio Capello has urged his squad to be much better at playing football, ahead of tonight's friendly against Switzerland.

Capello told the squad their failure to qualify for Euro 2008 was because they had played football with a consistently high-degree of awfulness.

He said: "I told them, 'you are terrible footballers, all of you. But it's okay because I have a plan: Stop being so bad at football and start being really good at it instead'."

He added: "I said to Joe Cole, I said, 'Joe, sometimes when you collect the ball on the half way line you pass it really very badly indeed.

"'Instead, why don't you try passing it accurately to another member of your team, preferably just in front of him, so he can run onto it without breaking his stride?'."

Capello has also advised goalkeeper David James to try and stop the ball with his hands, otherwise it may cross the line, resulting in a goal for the opposing team.

Newly-appointed captain Steven Gerrard said the manager had lifted morale by predicting that the team would win more matches just as soon as they can stop being quite so dreadful.

"He made it very clear that we weren't good at defending or attacking and that we should really try to be much better at both of those very important things. He's a breath of fresh air."

Meanwhile, Capello has also introduced a tough new regime that will see the players forced to cut up their own food,  flush their own lavatories and pay-off their own money-grubbing nightclub skanks. 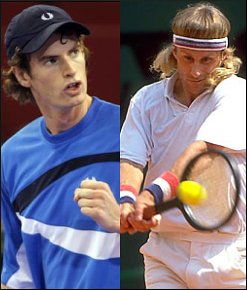 IMMIGRANTS should avoid acting like British people and behave like Scandinavians instead, according to new government advice packs for foreigners.

New arrivals should not spit at their local shopkeeper, keep a pit-bull in a cage in their backyard and poke it all the time with a stick, or arm their children with guns.

But they should enjoy crayfish and vodka parties, and develop a healthy attitude towards nudity and the screening of hardcore pornography in church.

Communities secretary Hazel Blears said Britain had a proud tradition of welcoming new arrivals from overseas to clean its toilets.

She said: “This country is already chock full of the most ghastly, ill-mannered bastards.

“We want the next generation of British lavatory cleaners to carry themselves with the confidence and charm of a Dane.

Blears also set out five basic rules that foreigners must follow if they wish to be accepted as British citizens: